Dacia unveiled the refreshed version of its SUV model Duster in the summer of 2021, and apart from the visual updates, it brought some technological improvements.

Dacia was part of the Renault Group since 1999, and the French carmaker worked hard to make the unknown brand a European contender in the budget-car market. After the Logan sedan, the next best thing was the Duster, which it launched in 2010. Fast forward to 2017, and the Romanian SUV evolved into a second generation that shared most of its underpinnings with its predecessor, and four years later, it received a mid-life cycle impulse.

The car's exterior received an improved front fascia with the new Y-shaped signature daytime running lights introduced on the third generation of the Logan. The turn signals and the low-beam headlights featured LED lights as well. At the back, the redesigned rear spoiler slightly improved the fuel efficiency. Both front and rear plastic trims that mimicked an underbody shield sported a satin-chromed finish. At the back, the carmaker added new taillights, which also wore the Y-shaped signature lights.

Inside, the SUV featured a new infotainment system with an up to 8" touch-screen mounted on the center stack above the climate-control dials. Another improvement was for the center armrest, which was no longer attached to the driver's seat as before. Dacia also installed new headrests on the 2021 Duster.

Under the refreshed bodywork, it was the same platform used for the first Duster generation. The engine lineup lost the base, 95 hp turbo-diesel unit and retained only the 115 hp version. There were also four gasoline versions, starting with an inline-three turbocharged unit good for 90 horses, while the most potent version remained the 1.33-liter powerplant that provided 130 hp. 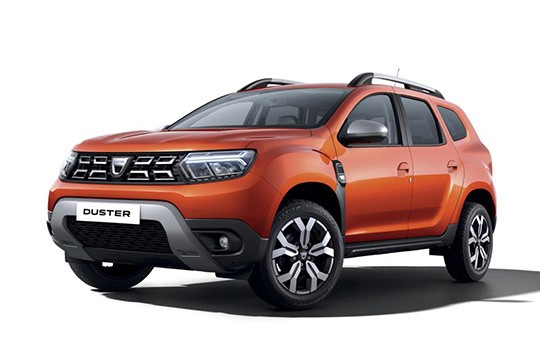 1 This Automaker Says It's Not Firing Anyone, but Employees Get Over $27,000 if They Leave

4 Dacia's Jogger Was Designed Using a CAVE, It's Not What You Think at First

5 If Dacia Sells the Bigster SUV As Seen in the Latest Images, Success Is Guaranteed