Chrysler brought back the 300 C nameplate at the 2022 Detroit Auto Show and shook the audience with this four-door performance vehicle.

Despite all odds and the electrification trend that conquered the automotive industry, Chrysler dared to roll out from the assembly line a special 300C. The production started with a limited series of 2000 units that were sold even before the vehicle was officially unveiled at the show in Chrysler's booth.

From the outside, it didn't look that much different than its predecessor. But there were some substantial changes, such as the new front bumper that hosted the LED foglamps at the bottom. Moreover, the black mesh grille surrounded by piano-black accents around it and the unique 300C badge on it looked bold. In addition, the flared wheel fenders hinted that there was something special underneath the hood.

Inside, Chrysler installed a mixed instrument cluster with analog speedometer and tachometer and a TFT between them for the onboard computer. The dashboard continued with a center stack that hosted the 8.4" Uconnect infotainment unit on its top and the HVAC control unit at the bottom. Both front seats were bolstered and featured the 300 C emblem embroidered on the front of the seatbacks. At the same time, the rear bench was profiled for two, and due to the low greenhouse, it was very challenging to host a third person in the middle.

Under the hood, Chrysler installed its well-known 6.4-liter HEMI engine that was good for 485 hp and 475 lb-ft of torque and paired it with an eight-speed automatic transmission. 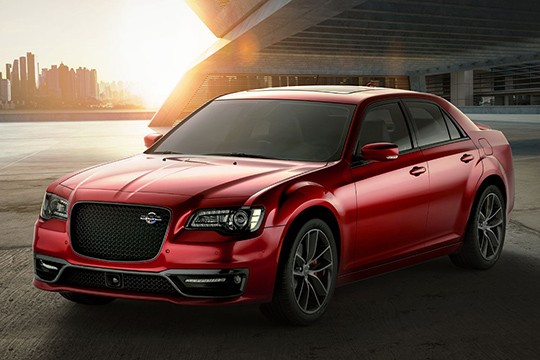