Unlike its predecessors, whose names are actually spelled slightly different (with a capital B), the first-ever Chevrolet Trailblazer is in essence the entry level option into the world of Chevrolet SUVs and crossovers.

The model was initially created with the Chinese market in mind and it first made its appearance in the Middle Kingdom. Starting with 2020 it will try to make its way into the American small SUV segment, which is continuously expanding.

Slotted between the Chevrolet Trax and the Equinox, the Trailblazer brings the Blazer's more rugged look in the compact crossover class. The engine lineup consists of two three-cylinder powerplants, one with 1.2 liters and the other one with 1.3 liters of displacement, both turbocharged and paired as standard with a Continuously Variable Transmission (CVT) with stop/start technology. The bigger 1.3-liter engine delivers a healthy 155 horsepower and can also be mated with a 9-speed automatic transmission and all-wheel-drive. Speaking of which, the AWD system is selectable, allowing drivers to activate it or to keep the car in FWD mode for improved fuel economy. Both FWD and AWD versions come with at least three driving modes, selectable by the driver, which can improve the car's handling depending on the driving surface. 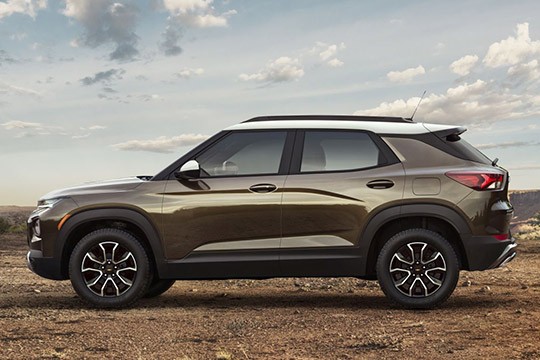 2 World, This Once-Stunning 1961 Chevrolet Impala Needs Your Help, Everything Is There