Buick introduced the second generation of the Encore in 2019 with new safety features and an original image.

It was still based on a newly developed platform.

After the North-American and the Chinese market well received the first generation of the Buick Encore, GM decided to develop a new platform, named GEM, for the emerging markets. It was a joint effort between GM and the Chinese car-maker SAIC. The Encore was one of the first products to use it.

The designers had a difficult job to build a car that was inexpensive to produce, but it had to look good. The big front bumper made the car look bigger and broader. The lower apron featured two side-scoops and a grille at the bottom. From the side, the sub-compact SUV featured a muscular stance, with enlarged rear quarter panels and sculptured door panels. In the back, the bumper was tall and featured two fake-exhausts on the sides.

Since the car grew in size compared with its predecessor, the Encore GX offered more legroom for the rear passengers. The front passenger seats were wider than on its predecessor. For the dashboard, the designers installed an integrated infotainment system under the center vents. For the base model, the instrument cluster featured two analog dials and a small screen between them.

Under the hood, Buick Encore GX featured a choice of two engines that offered 137 hp and 155 hp, respectively. The latter was available with an all-wheel-drive system. 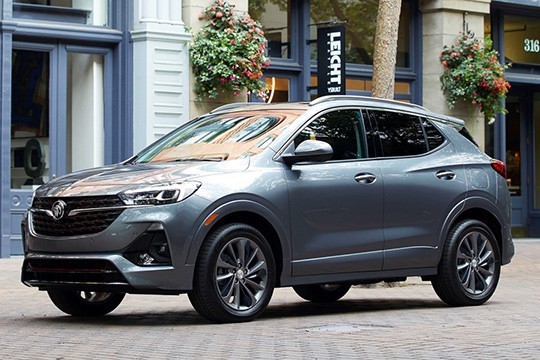