The 3 series started its career in the '70s only in coupe form but evolved over the years into a full line of bodyworks.

But the coupe was not dropped and, in the third 3-series, the coupe played an important role in the market. It was shown in late 1990 and the sales started in 1991.

The E36 was a complete change in the 3-series design. From the exposed rounded headlights to newly developed twin headlamps under the same glass, it was a big step and many fans didn't agree with it. But the car was better from any point of view. The new suspension, bigger wheelbase and bigger engines were enough to place the car on top of the premium compact-sized sedans on the market. And the coupe went a step further with its doors with frameless windows.

The interior featured a dashboard turned toward the driver, with accessible controls and a good layout. The low sitting position was very well received by the customers who were looking for a true sports car at a decent price. In the rear, there was enough room for two adults. Depending on the trim level and options checked on the list, there were front highly bolstered seats, heated and power-adjustable.

Under the hood, the basic engine was a carry-over from the E30, but that changed from the facelift model that happened in 1995. The top model, apart from the M3, was the 328i version, with a newly developed 2.8-liter unit. The standard transmission for the entire range was a 5-speed manual and a 4-speed automatic was offered as an option. 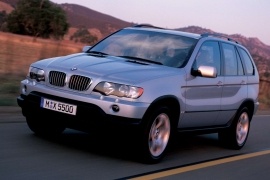