Four years after introducing the third generation of the X3, BMW introduced a refreshed version for it, with upgrades in all the areas: exterior, interior, and drivetrain.

The 2017 X3 shared the same CLAR (Cluster Architecture) platform with its bigger brother, the 2019 X5. Worth mentioning that the third X3 generation was already more extended than the first X5 generation. The X3 already matched its bigger brother's technologies with the facelifted version and offered a better choice for an all-around vehicle. Since it was shorter than the fourth-generation X5, it was easier to drive it in cities.

From the outside, the X3 LCI (life-cycle impulse) featured a new front bumper with an enlarged kidney grille with a single section frame. Its standard LED headlights, with an option for Matrix LED, were 10 mm (0.4") flatter. On the sides, all versions came fitted as standard with specific side-sills, finished in light gray. At the back, there was a new design for the taillights with horizontal turn signals. Depending on the version, the car featured new flush-fitting free-form exhausts.

Inside, BMW installed a 10.25" wide format infotainment screen above the center stack, with an option for a 12.3" display, in the same free-floating look. All versions featured a three-zone automatic climate control for more comfort on the rear seats. The redesigned center console featured a new shape for the gear-selector and the iDrive's rotary knob.

Under the hood, the most significant upgrade was the electrification, which brought a new 48-volt system. All engines showed better fuel efficiency. Apart from vehicles fitted with internal combustion engines only, the carmaker also offered an option for a plug-in hybrid. 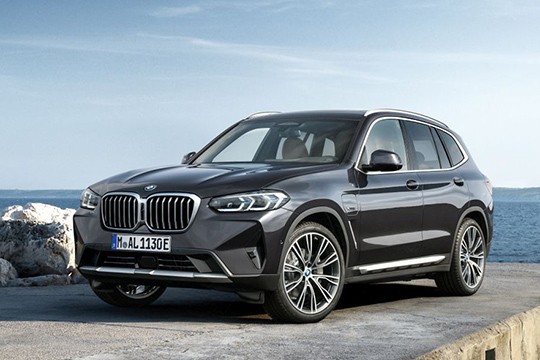