BMW introduced the third generation of its smallest SAV, the X1, in 2022, and it was not only the smallest but also the most affordable crossover vehicle built by the German brand.

When BMW launched the first generation of the X1 in 2009, it was a daring move that proved successful. Despite its narrow interior, it was an excellent car for those who needed a small vehicle for urban driving. It was also suitable enough for long trips. Unfortunately, since it was based on a platform fitted with a longitudinal engine, it couldn't offer too much interior space. But that was changed starting with the second generation, and, in 2009, the third reiteration gained more traction on the market.

For the exterior, BMW installed a pair of swept-back headlights that resembled those mounted on the 3 Series, with an option for adaptive LED headlamps. The massive front grille was not that big anymore. It looked almost normal for the car's size. The X1's profile revealed an ascending beltline that ended with the already famous "Hofmeister Kink" imagined back in the early 70s. Luckily, the design team created the 2022 X1 to look more like an SUV than a regular station wagon.

Inside, the X1 revealed an elegant cabin with a curved display that showed the data needed by the driver fronting the steering wheel. At the same time, the infotainment unit placed atop the center stack gave the impression of a single, continuous panel. Moreover, thanks to the front-wheel-drive architecture and the transverse-mounted engine, the carmaker could offer a wider interior space.

The 2022 X1 covered all the bases with either front or rear-wheel drive, with gasoline or turbo-diesel engines under the hood. In addition, all versions benefited from the 48v mild-hybrid technology. 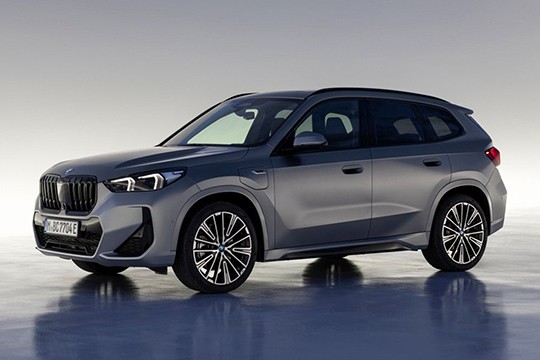 4 An Uber Driver Won a Brand-New BMW M3 Touring and Some Spare Cash, His Son Was Ecstatic