Audi unveiled a mid-life cycle refreshed version for the A5 lineup, upgrading the multi-media system, the car's look, and the powertrains.

The German carmaker introduced the second generation of the A5 Sportback in late 2016. Usually, the refreshed version should have come in late 2020, but Audi rushed a little and unveiled it in 2019. Behind that rush was a reason: the introduction of stricter Euro 6d emission standards in Europe, which forced more carmakers to adapt their vehicles.

Audi didn't just update the powertrains. It also asked the design department to work harder and do some visual modifications. Thus, the front grille received a new honeycomb mesh grille instead of the slatted one from the 2016 model. The carmaker added a set of aerodynamically profiled side-sills from its sides, while in the back, it installed wide trapezoidal tailpipes, which made the car look wider.

Inside, the most significant difference was for the MMI (multi-media-infotainment) system. The new 10.1" touch-screen display made the formerly used rotary knob useless, and Audi removed it from the center console. With help from new technologies, the driver could use the car without having a physical key. It used its Android phone as a key to unlock and start the vehicle. The connectivity features offered new options for live-traffic information.

Under the hood, the A5 Sportback upgraded the engines with a new mild-hybrid system which lowered the fuel consumption and cut down emissions. A belt-driven starter generator helped the start-stop system. 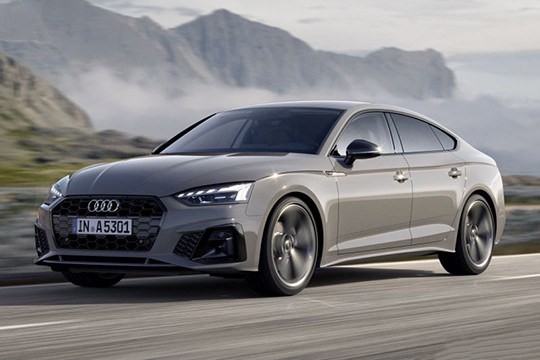