Alfa Romeo introduced a new compact SUV at the beginning of 2022, creating a smaller brother for the Stelvio, which was already on the market for a few years.

Named Tonale, the new vehicle shared some core-DNA design cues from its bigger sibling. Still, it focused on customers looking for a compact-sized car. Thus, it became the smallest vehicle in Alfa Romeo's lineup and marks a more aggressive approach to its electrification program.

Its exterior design kept a similar three-headlamp design into each headlight, and the tall Alfa-shield was placed in the middle of the front fascia. A broad air intake in the apron complemented the cooling for the internal combustion engine and the vehicle's electric motor and battery pack. At the back, some might remember the former Alfa Romeo Brera in terms of design language, but with different sizes. The arched hatchback styling and the taillights were more of a modern interpretation of the 2000's Brera's look. However, the overall length of the Tonale placed it at the bottom of the Alfa's lineup.

The interior was focused mainly on driving experience, with a tall center console that separated the front occupants. Even though it boasted a two-gauges instrument cluster, it's a TFT display. It was complemented on the center stack by another 10.25" touchscreen that featured Amazon Alexa, with an option for a 12.3" display.

Based on the same platform as the Jeep Compass, the Tonale offered a choice of diesel and hybrid engines with front or all-wheel drive. In addition, all versions featured automatic transmissions. Unfortunately, the turbodiesel powerplant was not available for U.S. customers. 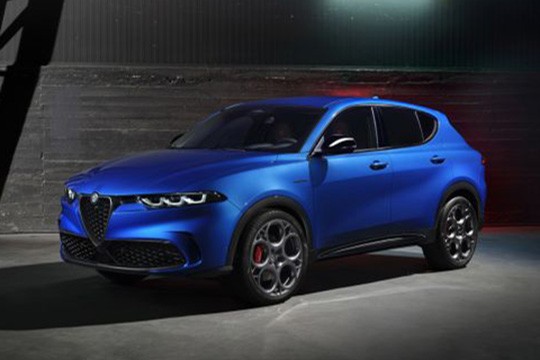 4 Alfa Romeo F1 Races With a New Livery, Fans Are Split About It