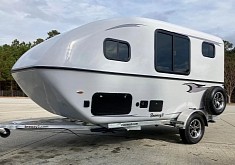 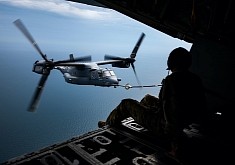 South Korea Considers Suspending The Sale of Some Volkswagen Cars

10 Jul 2016, 11:41 UTC / Independent tests made by European Consumer Group claim that Volkswagen's fix on certain TDI engines will not bring NOx emissions down. Instead, they go up

7 Jul 2016, 08:18 UTC / Volkswagen will not be fined by German authorities if it fixes all the cars that were affected by the Dieselgate scandal. Owners will not be compensated

30 Jun 2016, 10:00 UTC / A Volvo executive says that all major players in the automotive industry were aware that Volkswagen was cheating. However, nobody knew how they did it

Volkswagen Customers In Korea Will Not Get Buyback Offer

15 Jun 2016, 12:19 UTC / Volkswagen will not offer to buy back its dieselgate-affected vehicles sold in South Korea. The automaker will just fix them as part of a recall

9 Jun 2016, 15:46 UTC / Volkswagen employees deleted data before admitting to cheating in emission tests. Investigators are searching for the deleted files and their relevance

1 Jun 2016, 15:36 UTC / Volkswagen's Dieselgate recall is going slower than expected, as the company has only fixed 50,000 vehicles affected by its cheating scheme. 8.5 Million pending

30 May 2016, 08:40 UTC / An analysis of new vehicle sales results showed that diesel cars are not as popular as they used to be last year. Dieselgate might be to blame, some say

23 May 2016, 14:03 UTC / Volkswagen's internal probe of the Dieselgate scandal is not enough for German investor group DSW. They requested an independent inquiry

Volkswagen Inquiry Complicated Because of Codewords Used for Cheating

19 Apr 2016, 14:07 UTC / Forget spy movies set in the Cold War, Volkswagen's Dieselgate saga has it better. Investigators are having a hard time with codewords VW used for cheating

23 Mar 2016, 12:51 UTC / Kentucky has become the fifth U.S. state to take Volkswagen to court because of the Dieselgate emissions scandal. More states might follow

20 Jan 2016, 16:51 UTC / The South Korean Government doesn't approve the changes proposed by Volkswagen to fix its TDIs and has decided to file charges against the company's executives

8 Dec 2015, 09:49 UTC / The carmaker has around 50 witnesses for its internal investigation regarding the Dieselgate scandal. The witnesses will not be punished by the company