1 LIFT Hexa, the Flying Car You Don’t Even Need a Pilot’s License For

3 Say Goodbye to Traffic Jams From Your Flying Porsche

4 An Actual Flying Car, the Taylor Aerocar, Goes Under the Hammer

The future of flying cars isn’t that far off or, at least according to Japanese startup SkyDrive, it is no longer as far-fetched as it may have seemed back in the day when The Jetsons were still popular.
9 photos

SkyDrive is a startup from Japan, formed mostly by Toyota engineers – about 30 of them – who started working on a flying car in their spare time years ago. In the summer of 2018, they officially went into business, and just this January, they received considerable funding from Toyota (almost $400 million), which allows them to stay on schedule.

Their flying car aims to be “the world’s smallest” and they have been conducting outdoor unmanned tests on it for over a year. According to The Asahi Shimbun, manned testing began last month at a protected indoor facility at Toyota Motor’s headquarters.

If all goes according to plan, a public demonstration will be possible this summer, while the first flying cars will be available for limited retail in 2023. Mass production isn’t scheduled to begin until 3 years later, in 2026.

The SkyDrive flying car aims to ease traffic congestion in big cities like Tokyo, but it would also serve in search and rescue missions or during emergencies when conventional infrastructure isn’t usable anymore. It’s small, if we’re to judge by the first photo of the prototype offered to local media: a one-seater, it stands at about 5 feet tall and under 12 feet long and 12 feet wide, with a pair of propellers at each corner.

SkyDrive is aiming for a top speed of 62 mph in the air and 93 mph when flying closer to the ground. Speaking of which, the engineers working at it say they believe they can make it fly as low as 3 feet off the ground. Of course, it will use vertical takeoff and landing technology. 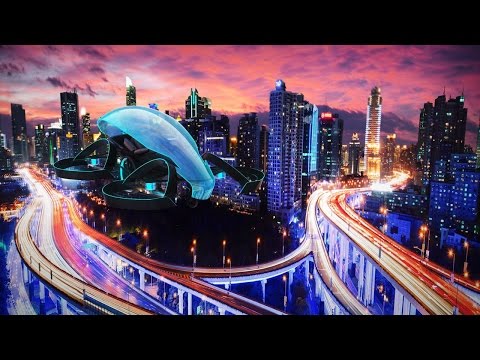