4 Say Goodbye to Traffic Jams From Your Flying Porsche

You have to learn to walk before you run – this would work as the guiding principle behind Hexa, a small and ultralight flying car expected to start making short-distance recreational flights this year in the U.S.

LIFT Hexa, the Flying Car You Don’t Even Need a Pilot’s License For

As various players in the industry are vying to create the Uber of the skies, LIFT, the company behind Hexa, is aiming to achieve a smaller but still very important goal: taking man up in the sky and keeping him there for at least 10 minutes. But no more than 15, for the time being.

“LIFT is using technologies that have matured in the drone industry to democratize human flight – a natural progression that will soon provide a clean, exciting and efficient alternative to sitting on congested roads burning fossil fuels,” Colin Guinn of 3DRobotics and DJI North America says.

The philosophy over at LIFT is that, while others are gunning for a major milestone, it’s working on a more achievable goal. Air taxis will have to overcome legislative hurdles by the handful, in addition to needing to develop the right technology that would allow them to travel by air on longer distances, for longer stretches.

Hexa strives to make short-distance recreational flights a possibility. To boot, it will do so on the cheap (relatively), at about $250 a ride. LIFT was planning to make the first flights by Hexa available at the end of 2019, but a newsletter from December of that same year said that it was still in talks with local authorities in various cities, while also planning a tour of the U.S.

It also mentioned working on improvements on the current model of Hexa, including a lighter airframe, upgraded landing gear for more stability, quieter electric motors, and the addition a fourth flight computer.

The project was announced by LIFT CEO and founder Matt Chasen, who is also an adventure sports enthusiast, serial entrepreneur and investor, at the end of 2018. The official unveiling took place in 2019 at SXSW (South By Southwest) Conference and Festivals, in Austin, Texas, with plans to bring it to market by the end of that same year – a deadline eventually pushed to 2020.

Hexa is an eVTOL (all-electric vertical takeoff and landing) aircraft. It’s a single-passenger and offers the most thrilling flight experience thanks to the open cockpit. It’s wingless and ultralight, with a carbon fiber body and 18 propellers, each with its own battery, that run independently and control the flight by motor speed.

Just as importantly, Hexa is so light that it doesn’t qualify as an actual aircraft (it’s a powered ultralight under FAA regulations), so whoever operates it doesn’t need a pilot’s license to fly it. Not that flying it would be that difficult: Hexa is semi-autonomous and can be controlled remotely by computer. The operator uses a joystick to direct movements and control the altitude, while the computer takes charge of destination-based movement, take off and landing, and stability during flight.

This also makes it possible for anyone to walk in off the street, undergo several minutes’ worth of training in a flight simulator and then be able to hop into a Hexa and operate it without trouble. Compared to fixed wing aircraft, flying this little thing is a walk in the park. Should the worst come to pass, LIFT trained personnel on the ground can remotely bring the aircraft back on solid ground safely.

Hexa can fly with 6 of the 18 propellers disabled, which in itself is pretty reassuring. It’s fitted with an autonomous ballistic parachute and landing gear that allows it to land both on the ground and on water. Because each propeller is powered by a different battery, quick changeouts between flights are possible.

If this sounds simply too good to be true, it’s because it is. Sort of. There are some downsides to Hexa, but they’re not exactly unexpected to LIFT. For starters, Hexa has a range of 10 to 15 minutes. If you thought this would be the solution to all your commuting problems, you were wrong. This kind of range explains why Hexa is meant for tourism and recreational activities.

Secondly, because it qualifies as a powered ultralight, you can’t fly it over populated areas or higher than a few hundred feet. It’s basically an oversized drone, but one that can carry a person inside or operate autonomously, if need be.

These are downsides LIFT has taken into account but is willing to live with, just to be able to take man into the air.

“Multi-seat eVTOL air taxis, especially those that are designed to transition to wing-borne flight, are probably 10 years away and will require new regulations and significant advances in battery technology to be practical and safe. We didn’t want to wait for major technology or regulatory breakthroughs to start flying,” Matt Chasen explains. “We’ll be flying years before anyone else.” 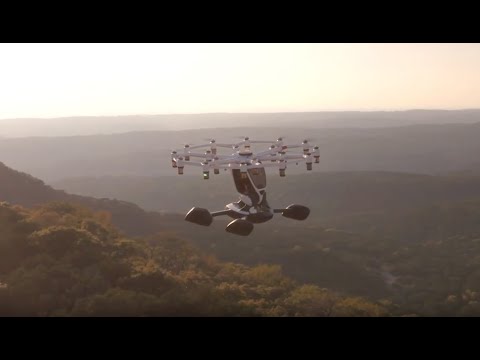 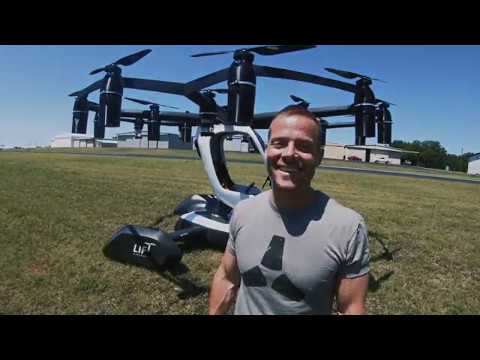