Only in Russia: True Hero in Traffic!

What Carpooling Means. Because Sharing Is Caring

Recession. A term that still sends shivers down our spines. Authorities around the world claim it’s over, but we’re still seeing cost-cutting measures everywhere we look.
Talking about the automotive industry exclusively, car makers have tried so much to boost engine efficiency and reduce emissions that some important icons either disappeared completely or are planning to migrate to hybrid/electric motors. Unacceptable for true enthusiasts.

But a different method to cut costs, drive gasoline-powered cars and keep large engines in place is right here in front of us. It’s called carpooling and many of you have already heard about it.

Carpooling is a synonym for car-sharing, a term that most likely gives you an idea about the whole concept. In just a few words, it’s somewhat like this: you, the driver, agree to take me and other two work colleagues every morning from home to work and back. As part of the agreement, we need to cover some of the costs, including the money you spend on fuel.

It might sound unacceptable for some of you in case comfort is all you dream about and yes, there are some risks especially when you agree to travel with someone you don’t know, but the results can be amazing. You can scroll down to the last paragraphs of the article to see some very interesting stats, just to prove you that carpooling deserves more exposure. 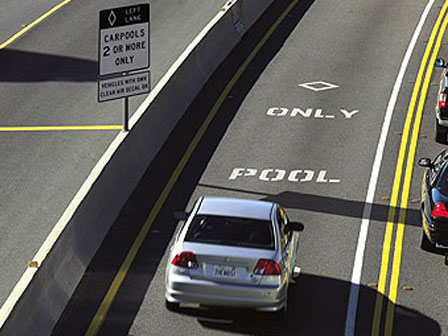 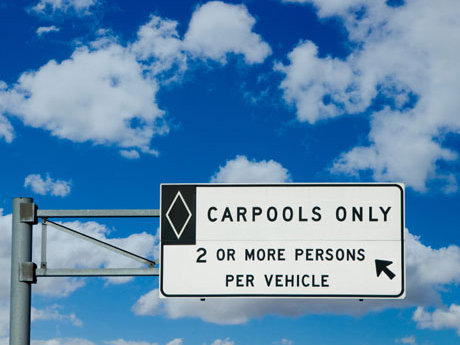 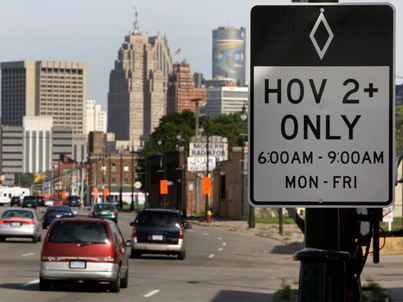 First of all, let’s open the history books. It appears that the concept of carpooling emerged during World War II in the United States, mostly because the authorities needed all the resources they could get to support their military forces. Drivers thus were forced to travel alongside one, two or even three passengers, at least every time they embarked in longer trips.

Everything went back to normal after the end of the world, mostly because countries around the world had plenty of resources – to be read as gasoline – and the automotive industry evolved at a very fast pace. Drivers preferred to travel alone, so carpooling was quickly abandoned.

The 1973 oil crisis, however, pushed car-sharing back in the action, again because gasoline was so expensive that nobody actually afforded to travel all by its own. Chrysler relied on the power of example, it created organized carpooling schemes to support its employees.

So, we’re again living in difficult economic times and the increasing gas prices should encourage us adopt the carpooling concept once again. Well, statistics prove we do, but not at the fast pace authorities dreamed about. 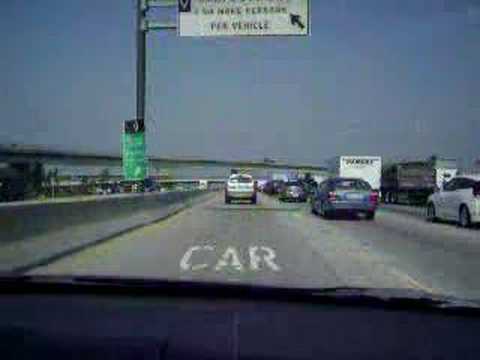 Carpooling lane on a US freeway. The clip has no sound, but it perfectly demonstrates the advantages of carpooling at a rush hour.

Wondering how to do? It’s pretty simple actually and the proof is right the scenario described above. Carpooling is often adopted by co-workers who can easily share the costs of a specific car, but several campaigns have emerged all over the world.

Since Facebook is quite a revolutionary social network these days, it could be very well used for carpooling schemes too. The online environment is being used by various organizations around the world to promote carpooling and Facebook is quite a great way to get people in touch. They can organize a schedule, discuss the costs and together improve the whole experience.

Besides social networking websites, carpooling is promoted through smartphone applications for iOS and Android, but also with the help of closed programs within companies. Last but not least, ad-hoc car-sharing adopters can be often seen outside major cities as part as what’s often referred to as slugging.

But the most important question is a more selfish one: why should I do it? Well, if reducing traffic congestion, pollution and the time you spend on the road looking for a parking space aren’t reasons enough, there are some very interesting things you should know. 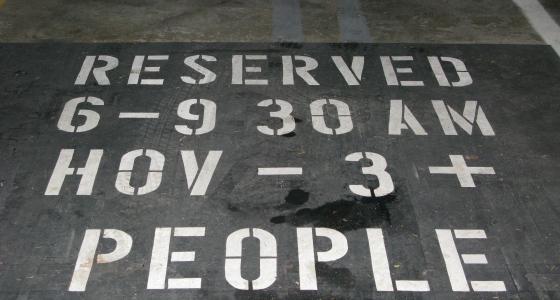 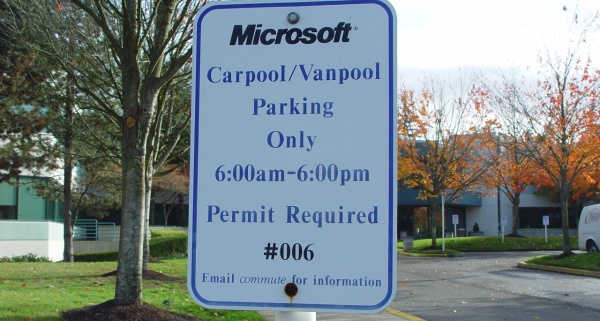 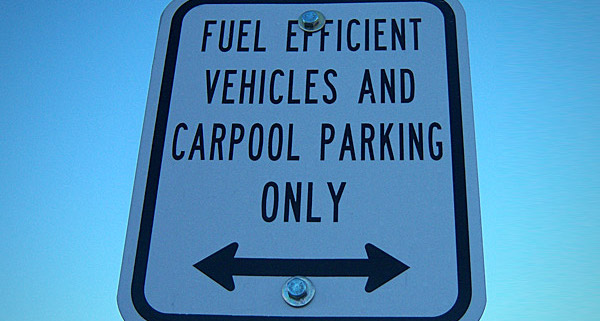 There are countries across the globe that encourage carpooling with the help of various schemes and one of the most popular one is offering a dedicated lane on the highway to those who adopt it. This way, only cars with more than two passengers can get on the lane which, in most cases, is much faster than all the other congested ones. They are called high-occupancy vehicle (HOV) lanes and exist in many states in both Europe and the USA.

Others are trying to address an issue that makes us go crazy every single day: if you’re a carpooler, you have special parking spaces, so you don’t have to search for an empty spot because chances are that you got one free.

There’s one example however that’s as funny as it is discouraging. In Hungary, people who agree to take others in the car on longer journeys could be fined. Because carpooling also involves the concept of sharing costs and giving the driver some money for his service means he’s doing a taxi activity. Hungarian authorities say this is illegal because taxi drivers pay taxes and issue receipts to each passenger. So, if you wish to adopt carpooling in Hungary, make sure you have a taxi meter.

Now let’s see some statistics. An article published by the New York Times in January 2011 revealed that carpooling is no longer a popular concept in the United States, with more and more drivers choosing to drive alone. 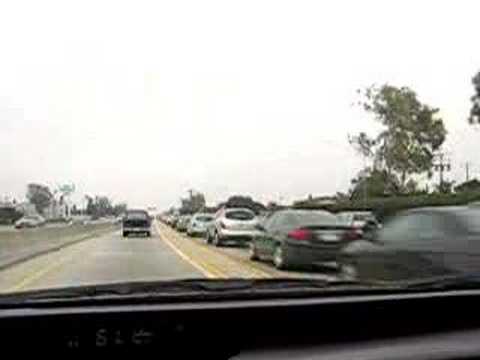 According to the aforementioned source, in 1980, around 20 percent of the drivers adopted carpool, while only 13 percent did the same in 1990. In 2000, this percentage decreased to 12 percent, while in 2009 it reached a record 10 percent. At the same time, no less than 76 percent of the American drivers like to have an empty seat at their right.

Carpooling.com, a website created with a single goal in mind – promote carpooling and allow people to organize their trips, claim that 53 percent of the participants in this scheme are women, while 45 percent are aged in between 25 and 39. What’s more, 70 percent of users are single, as carpooling is seen as a way to meet new people, while 24 percent of them drive their cars less than once a week.

Since its launch, the project saved no less than 386,000,000 liters (102 million gallons) of gas and transported more than 1 million people every month. In addition, it reduced pollution by as much as 772,000 tons of CO2.

That being said, it’s pretty clear that carpooling deserves much more attention from drivers all around the world, not only because it’s effective, but also thanks to the fact that it has so many advantages. There are risks too, but you can meet new people, see new places, reduce costs and protect the environment. So, don’t forget, sharing is caring.