2 Roborace Has Cars Designed by the Man Who Drew the Tron: Legacy Light Cycles

Watching Sports in VR Is Happening, and We Have Formula E to Thank for That

On April 2, Formula E will be coming to the United States of America for the Long Beach race. But this particular stage in the 2015/2016 championship will mark the beginning of something truly extraordinary.
1 photo
Twenty years ago or so, the very notions of wide-screen TV and Full HD were completely alien to us. We were happy watching the football game on our 4:3 CRT screens, and as long as our team won, we couldn't have asked for more. Now, though, we're a lot pickier with the resolution of our LCD TV, not to mention its size. It's Full HD or nothing.

But what if we told things could be even better than that. In fact, what if we, the viewers, could be taken off our couches and dropped into the stands without our asses ever actually leaving the comfort of those soft cushions? That, my friend, is the next step in how we're going to watch sports, and it's pretty friggin' exciting.

It's not ready yet, but the electric racing championship so many people thought would die after its first season is bringing something very similar. Instead of streaming the races live in complete virtual reality, Formula E will be offering its fans the possibility to download them the next day and watch them on the Oculus, HTC Vive and PlayStation VR. It'll be like having your head strapped on top of a Formula E single-seater, with the possibility of switching between drivers at any point.

This is made possible thanks to a collaboration with Virtually Live, a company from San Francisco that uses a combination of image recognition software and physical trackers to reproduce the actual races in a computer-generated environment. Yes, virtual reality is still restricted to polygon-based CGI, but rest assured, the day when you'll feel like you're at the Super Bowl is coming.

In fact, Formula E and Virtually Live (nice name, by the way) are saying that virtual live broadcasting will surely happen before the end of this season, but it might even be as soon as the race in Paris on April 23. According to The Verge, at least for the duration of the ongoing season, the service will be offered for free. 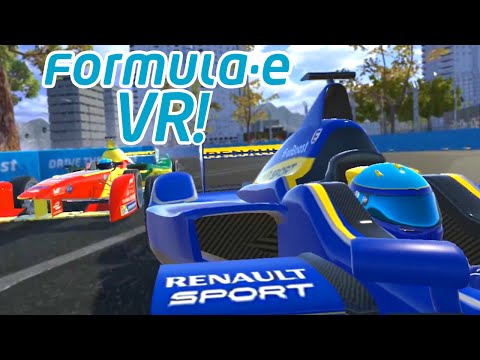