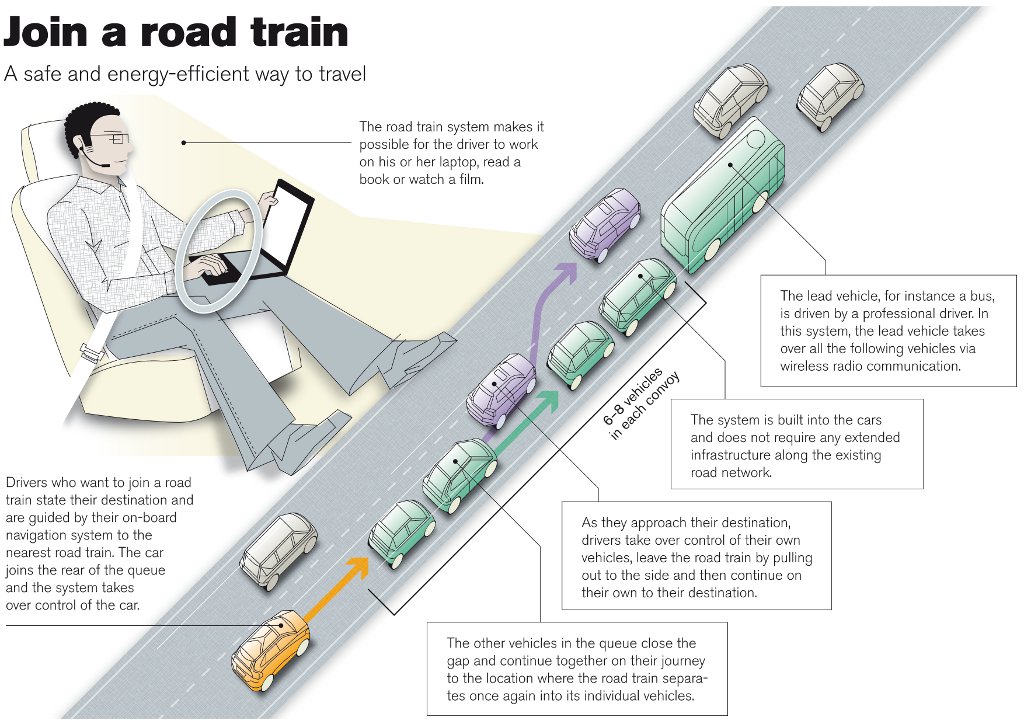 With the Pikes Peak climb achieved by the Autonomous Audi TTS in mind, we can now safely say the self-driving car era is upon us. But don't go thinking Audi is the only carmaker working on such vehicles. In fact, Audi is only playing, while Volvo means business.

For almost a year now, the European's Union SARTRE project is trying to figure out ways to create a self-driving car. Not autonomous, but self-driving. The difference between the two? Well, autonomous means “on its own”, while self-driving stands for road trains.

Volvo, one of the key players in the project, is trying to make several passenger cars link up on motorways, pulling inches one behind the other on a single lane, single file road train. Once the alignment has been completed, the driver can do whatever he pleases with his hands, as the car will drive itself.

Volvo plans to test a simple version of the road train, consisting of a a single lead and following vehicle by the end of this year. We'll spare you the technical details for now, as they all you need to know is featured in the video at this link (also, stay tuned for a “how it works” guide on autoevolution this week).

"SARTRE is really pushing the boundaries in this aspect of ITS technology and is already providing some extremely useful and actionable results,” said Tom Robinson, SARTRE project coordinator.

“We now look forward to the next stage of the work of the project which will see vehicle tests, initially of just of a single vehicle for sensor, actuator and control system validation, then of a two vehicle platoon later this year and subsequently through the remainder of the project, a multiple vehicle platoon in order to test, develop, validate and identify remaining implementation issues for the entire SARTRE system."