1 VW Dismisses Formula One Entry in 2012 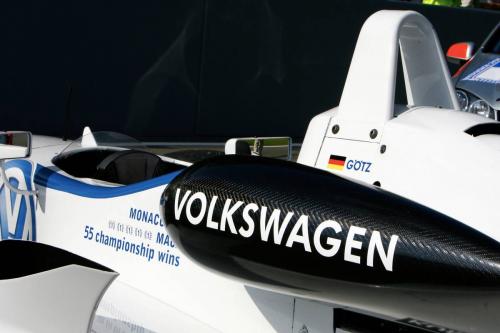 German manufacturer Volkswagen AG has welcomed the new engine rules imposed by the International Automobile Federation (FIA) starting the 2013 season of Formula One. According to the motor racing representative of the German brand, former Grand Prix racer Hans-Joachim Stuck, the ruling body has created the proper conditions for VW to consider an F1 entry in the future.

“The conditions for a possible entrance of the Volkswagen group have been created,” said Stuck, according to Germany's Welt am Sonntag newspaper.

Last Friday, the FIA announced that the current V8 engine formula in the championship will be replaced by a more fuel-efficient, greener four-cylinder turbo one, starting 2013. Along with the return of the Kinetic Energy Recovery System (KERS) in 2011, this marks a turn for an energy-efficient engine by the FIA for the future.

“We have not decided anything, but we very much welcome the FIA's decision,” Stuck was also quoted as saying by rp-online.de. Probably the most F1-worthy statement issued by the former Grand Prix driver was made to the Bild am Sonntag newspaper, where Stuck actually hinted VW will not consider an F1 entry for 2013.

“The engine rules are a good starting point for Volkswagen in Formula One,” he said.

Indeed, with the new engine regulations set to be implemented in 2013, all manufacturers will leave the development of their V8 units behind (something that was already done when the engine freeze rules kicked off a few years back) and focus on the new turbo units. All engine makers will start from scratch, which offers the chance to major manufacturers from outside the series to consider an F1 programme without having to play catch up.

While the F1 costs related to engine development will drop significantly with the new rules (by approximately a quarter, as argued by Mercedes' motor sport director Norbert Haug) manufacturers will initially have to pump more money into the new units in the upcoming couple of years, as they'll have to run an engine development programme in parallel with the current V8 powerplants.

This is where VW could really hold the upper hand, as deciding on a potential F1 entry would see the German manufacturer focus on the development of the new turbo engine completely, without having to think about the soon-to-be-defunct V8s.