2 Is the Slovakian Factory Up for Volkswagen? 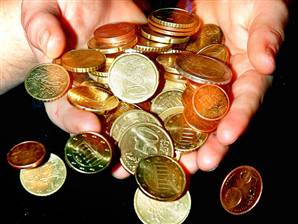 Despite the difficult environment and the economic recession we're currently living in, German manufacturer Volkswagen managed to post profit in the first quarter of 2009, according to the latest sales figures provided by the company. The operating profit gained by the VW Group totaled 312 million euros, the company said in a statement for the press.

More importantly, deliveries to customers around the world fell 10.7 percent to 1.4 million vehicles, with the global passenger market declining by 20.7 percent over the same period of the year before. But even so, Volkswagen Group still managed to increase its market share in multiple regions of the world, including Germany, China, Russia, Brazil and Poland, partially thanks to a number of new models such as the new Polo, Audi A4 allroad quattro, Audi A5 Cabriolet and Audi TT RS.

Furthermore, the company expects a good performance in 2009, with a number of models also scheduled for their official launch. Volkswagen says the Group's revenues in 2009 will be lower than in the previous year, citing the economic chaos as the main reason. However, the company is ready to counteract the recession with specific models plus a series of anti-crisis measures, it said in release.

“The strengths of our multibrand Group prove themselves especially in difficult times: we have increased our global market share thanks to our young and environmentally friendly model range, and are in a sound financial position,” said the Chairman of the Board of Management, Prof. Dr. Martin Winterkorn. “Our goal for fiscal year 2009 remains to outperform the market as a whole and to gain additional market share.”