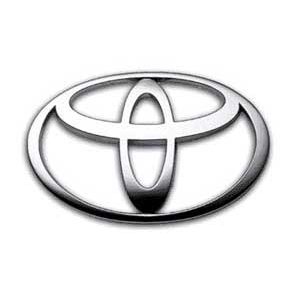 The current world financial crisis doesn't forgive any carmaker and Toyota Motor Corporation is no exception. After announcing their production and sales for November 2008, no one has any more doubts about the gloomy landscape that decorates Toyota's recent statistics.

Even if cutting down the production measures were taken, Toyota's final scores for November are heavily negative. It looks like not many people were eager to have a Toyota vehicle in their garage the past month, as sales in Japan have decreased by more than 25 percent for passenger cars. Trucks and buses share the same almost doomed destiny as units sold dropped by more than 15 percent.

Thanks God they have Daihatsu Motor that sold more passenger cars than in the previous month. As a matter of fact, this is the eighth consecutive month of increase for the Toyota subsidiary. Unfortunately, not the same goes for Daihatsu trucks and buses whose sales are in a slight decrease.

As for the other Toyota subsidiary, Hino, it's the same stage with different actors. Although not many Hino vehicles were produced last month, only two thirds were sold and that adds to the negative scores Toyota got in November.

With these dark perspectives, it is obvious that exports were considerably reduced as well. Only Daihatsu trucks and buses seemed to cross the country's borders by an almost 20 percent increase for exported units.

The overseas production for Toyota as well as for its two subsidiaries had the same falling fate. Alhough Daihatsu had a slight increase in this area, the numbers are almost insignificant since they don't reach 1 percent.

Worldwide production followed the same dropping trend, but this seems like a pretty wise decision as the demand for new cars is decreasing all over the world. Well, Daihatsu may be the only positive aspect in the whole business right now, but it's not powerful enough to boost the total scores.