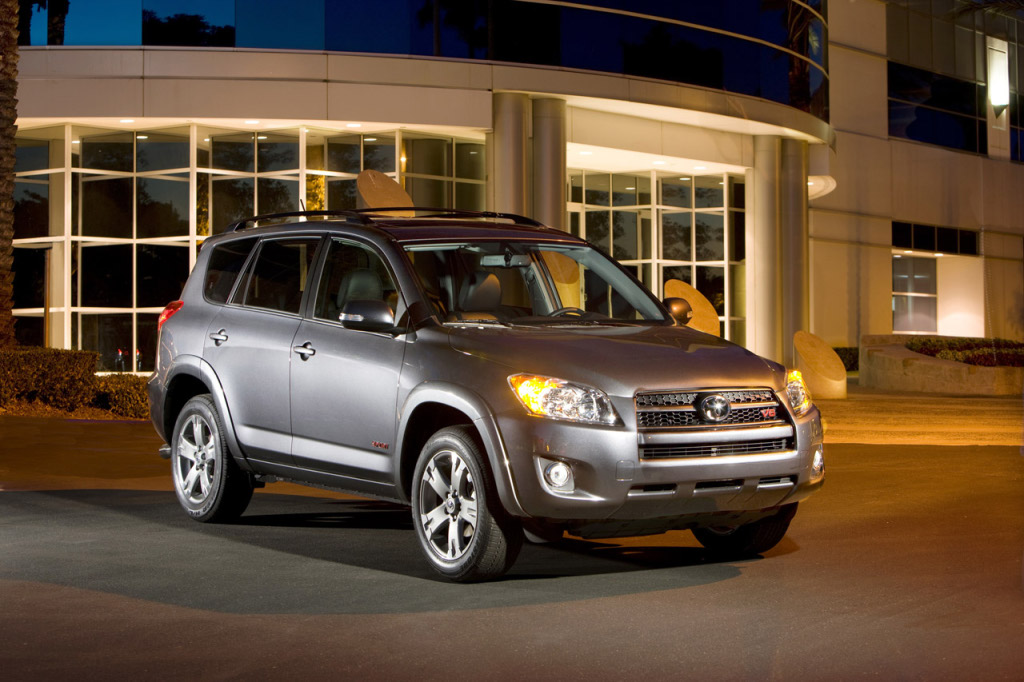 The new version of Japanese manufacturer's RAV4 scored an overall 82 points road test score, placing it just below the Forester 2.5XT Limited and RAV4 V6. In the four cylinder category, the RAV4 has outscored all other models in this months test group.

For the new version, the RAV4 received a new 2.5l four cylinder engine, which the manufacturer says has the same fuel economy as the previous 2.4l engine it replaces. With a fuel consumption rate of 23 miles per gallon (10.2l/100 km), the best rate of any automatic non hybrid vehicle tested by Consumer Reports.

"The RAV4 is a well-rounded package, combining good all-around performance with a comfortable ride, agile handling and outstanding reliability. It also offers an optional third-row seat, which is unusual in this class,"  David Champion, senior director of Consumer Reports Auto Test Center said in a release.

Together with the Ford Escape and the Mercury Mariner, RAV4 is recommended to buyers by Consumer Reports based on its performance during testing and the fact that it has at least the average predicted reliability based on Consumer Reports' Car Reliability Survey. In addition, the new RAV 4 is the most popular in the low to mid price range, allowing it to be named a Top Pick Consumer Reports'.

Consumer Reports is an American magazine published by the Consumers Union. It specializes in comparing a wide range of products, based on reporting and results from its own testing scenario.

The publication has a big impact on manufacturers, as its recommendations are able to force manufacturers into changing their vehicles. In 2003, the Nissan Murano was not recommended by Consumer Reports due to a power steering issue, forcing the manufacturer to change the system for the 2005 model year.