2 How to Setup Drift Toyota Supra in Gran Turismo 6

3 Toyota FT-1 To Be Available for Gran Turismo 6

4 This is Lexus’ Vision GT for Gran Turismo Teaser

OK, so we had the chance to virtually drive the Toyota FT-1 concept car in the Gran Turismo simulator for a few months now. Yeah, it costs a fortune to unlock but “sitting” in that slingshot-design cockpit feels great even if it’s on screen. But now it’s time to step it up one notch and try out the FT-1 Vision concept.
12 photos

Toyota recently announced the FT-1 Vision is available as downloadable content in Gran Turismo 6, so you can now pit it against the other Vision Gran Turismo entries from participating automakers, like Mercedes-Benz’s AMG Vision.

Calty Design Research president Kevin Hunter explains how his team ended up with the crazy design: “Take the FT-1 concept car and turn it into the most kick-ass, badass super racecar you could imagine.”

How does this translates? Widebody, vents, a huge wing at the back, rivets, more vents and big air splitters, making for a racecar at least as menacing-looking as the Lexus RC F GT500 car.

But unlike the Lexus counterpart, the FT-1’s radical design might only remain on paper. Toyota said the car will inspire a new sportscar, probably the next Supra coupe, but as it always happens with visually-striking concepts, their design get a lot more toned down for production. 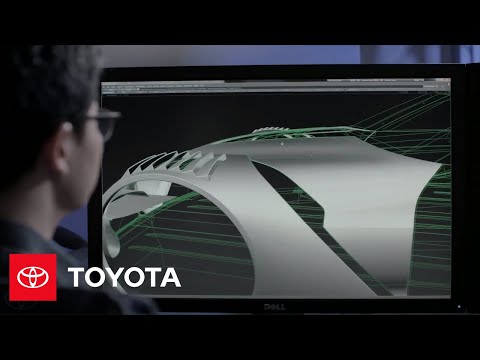