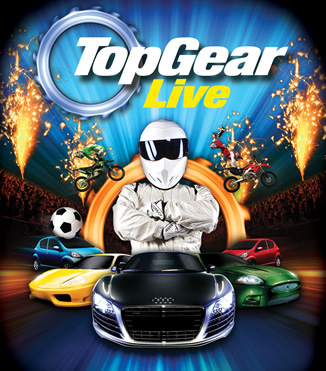 While last preparations are being made for Top Gear Live at Acer Arena, Australia, the director of the show thinks some showgoers will actually purchase an exotic car after the show.

According to Watoday.com.au, James Cregeen, the director of Top Gear Live feels entitled to believe this will happen in Australia as well, judging after his past experience with the show in the UK. In fact, this is also the reason why supercar makers have been willing to lend cars to Top Gear over the years, despite the damage created in the live shows.

"In the UK you've got wealthy individuals phoning their PA's and getting cheques written out for cars to be driven off at the end of the show. It's quite phenomenal to watch actually," Cregeen says.

"A lot of the manufacturers are briefed that people are there to purchase and if you've got it in mind that you want to find the latest model re after the latest model, you've got the whole collection under the one roof," he added.

More importantly, as Cregeen claims, Top Gear Live is a combination of motor show, stunt show and chat show “within the 10,000 square meters of Acer Arena”. Among the attractions of the live show, there are expected some stunts made with a Lotus Elise. Besides the 75-minute show, there will also be an exhibition of exotic sports cars and race cars attached. That's why, organizers encourage showgoers to come an hour or two before so that they have enough time to take a look around the exhibits that include  Lamborghinis, Ferraris, Maseratis, Aston Martins, Ford and Holden (including the HSV W427).

"We're mainly theatre, we're about bringing cars to life and making it very interactive. We're about cars being driven and the showcase is smaller and more targeted than a motor show. I think if you love cars you'd want to do both," Cregeen says.

Clarkson and Hammond will present 10 shows over four days at Acer Arena, so this should be interesting...