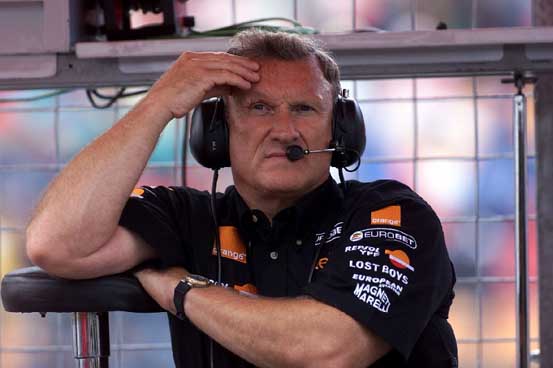 A couple of days back, we were reporting that Tom Walkinshaw, former prominent figure of Formula One racing and one of the most respected team owners in the world or motor racing, has died of lung cancer at 64. Earlier today, his family issued a statement in which it announced that a Memorial Service will take place on February 4, 2011, in Gloucester Cathedral.

Additionally, the aforementioned statement confirmed that the funeral will be held private, as this was the specific wish of Walkinshaw.

“Sadly, Tom passed away on Sunday 12th December. He had been battling with cancer for three years; he died peacefully with his family at his house in Oxfordshire,” said the statement.

“It was Tom's wish to have a private family funeral. A Memorial Service will take place in Gloucester Cathedral on Friday 4th February 2011, at 12 noon.”

“Martine and the boys are overwhelmed with the lovely messages and tributes which they have received and at the same time are extremely grateful to the media for respecting their privacy at this sad and difficult time.”

“Tom's brave battle with cancer would have been harder without the faultless care he received from the hospital in Brussels, Fondation C.A.R.E., Cavell Action for Research & Expertise and, more recently, the invaluable support from the local Lawrence Home Nursing Team.”

“The family therefore request that should you wish to make a charitable donation, you might like to consider either of these organizations.”