1 Watch an Italian Muscle Car Growling on the Streets

When talking about successful automotive designs, we can't help but look upon the great Italian cars built from the 1950s through the 1970s. With the help of coachbuilders such as Giugiaro, Pininfarina, Zagato or Ghia, automakers like Alfa Romeo, Lancia, Ferrari or Maserati have offered some of the most beautiful cars ever created. Ranging from expensive sportscars to more affordable coupes or even family vehicles, the Italians have developed exquisite designs that brought them the fame on which they have laid on until the present day. And will do so for many many centuries to come.
1 photo
Based in Europe, Ferrari and Alfa Romeo made automobiles that went on to be popular in the United States as well. However, the Americans had their own vehicles to be proud of. And we're not talking about those big-finned Cadillacs and Buicks conceived in the famous Powerhouse Era, but the power-packing musclecars. The trend became highly popular in the early 1960s and continued into the 1970s, with Ford, Chrysler and General Motors battling for supremacy in several segments. Horsepower was big, displacement was large, and the V8, with its arousing and dramatic sound, was a must. Although very powerful, the musclecar didn't meet everyone's taste. Designed to be affordable as well, some of them were lacking the luxurious features found in the Italian cars. They were no-nonsense muscle-to-the-rear-wheels vehicles and that probably made them a little less popular when compared to rival sportscars such as Ferrari, Lamborghini or Maserati, which were luxurious enough to host mini dinner parties in the cabin.

Sure, the two breeds are differentiated by some other fine points and technicalities as well, but we're not here to discuss that just now. Our focus is set on those that tried and partially succeeded in developing what most consider as being the perfect species: Italian-designed cars fitted with American V8 powerplants. And to do that, we have to remain in the 1960s and 1970s. While most of these aspiring automakers have gone extinct, some of their creations have lived on to become rare and highly collectible, thus winning their place in our automotive hall of fame.DeTomaso Pantera 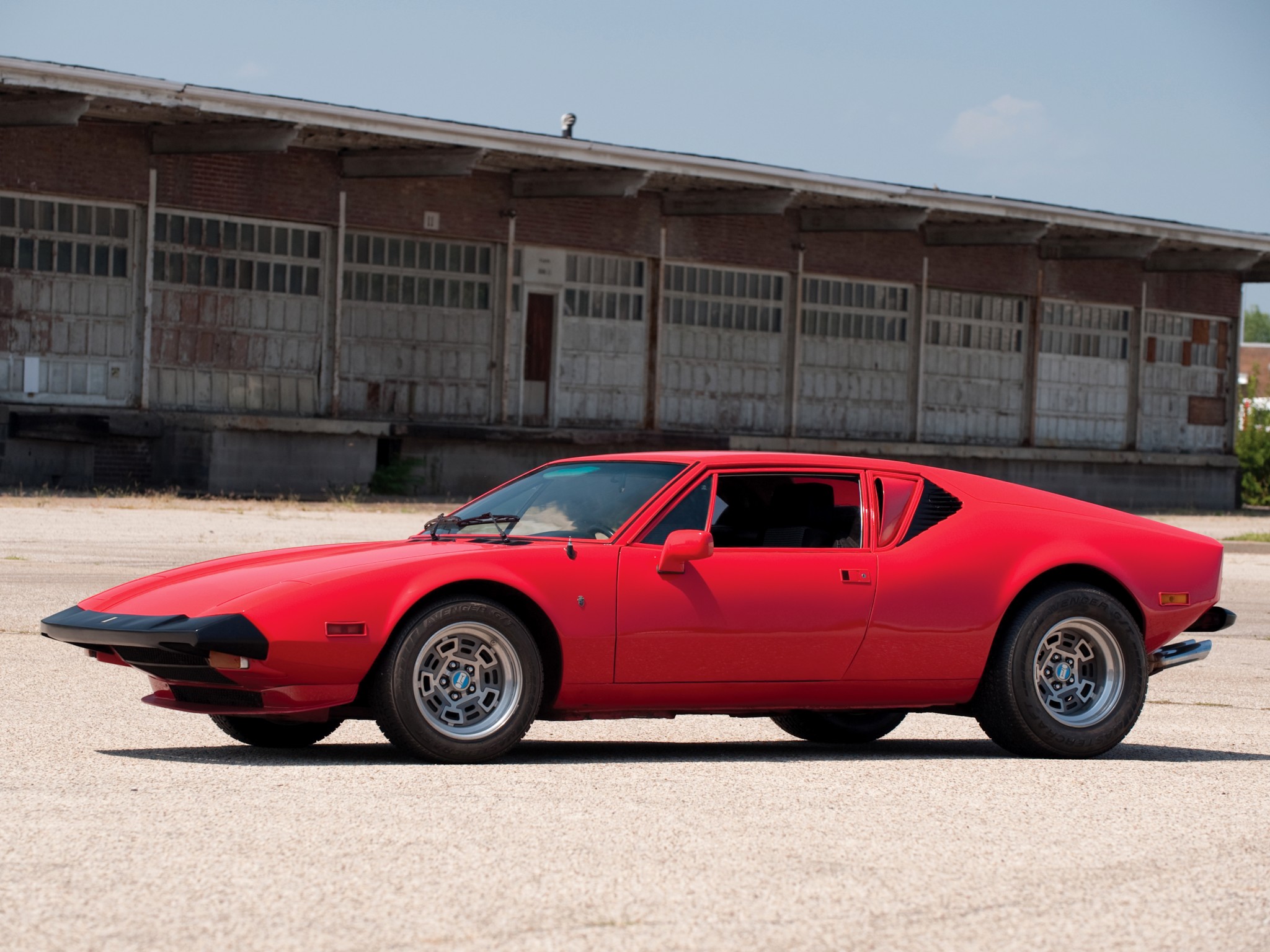 Founded in 1959 by Argentine-born Alejandro De Tomaso in Modena, Italy, DeTomaso Automobili is the only manufacturer from our list that still exists in one form or another. Initially focused on building race cars, DeTomaso also developed sports and luxury cars. While you may have heard of the Mangusta or the Deauville, the Italians became famous with the Pantera model. Introduced in 1970, the Pantera was designed by Ghia's Tom Tjaarda (and later updated by Marcello Gandini) and fitted with a 351 cubic inch (5.8-liter) Ford V8 engine rated at over 330 HP. As it was set to take on the North American market, the Pantera was equipped with several attractive standard features, including electric windows and air conditioning, which were considered quite exotic in Europe. The coupe was able to accelerate from 0 to 60 mph (97 km/h) in 5.5 seconds and reach a top speed of 250 km/h (155 mph). Sold until 1992, the Pantera was later restyled and suited with a smaller 5.0-liter Ford engine which developed around 500 HP. In 20 years, 7,260 units were built, and the fact that Elvis Presley himself ordered one makes the Pantera one successful exotic vehicle.Iso Grifo 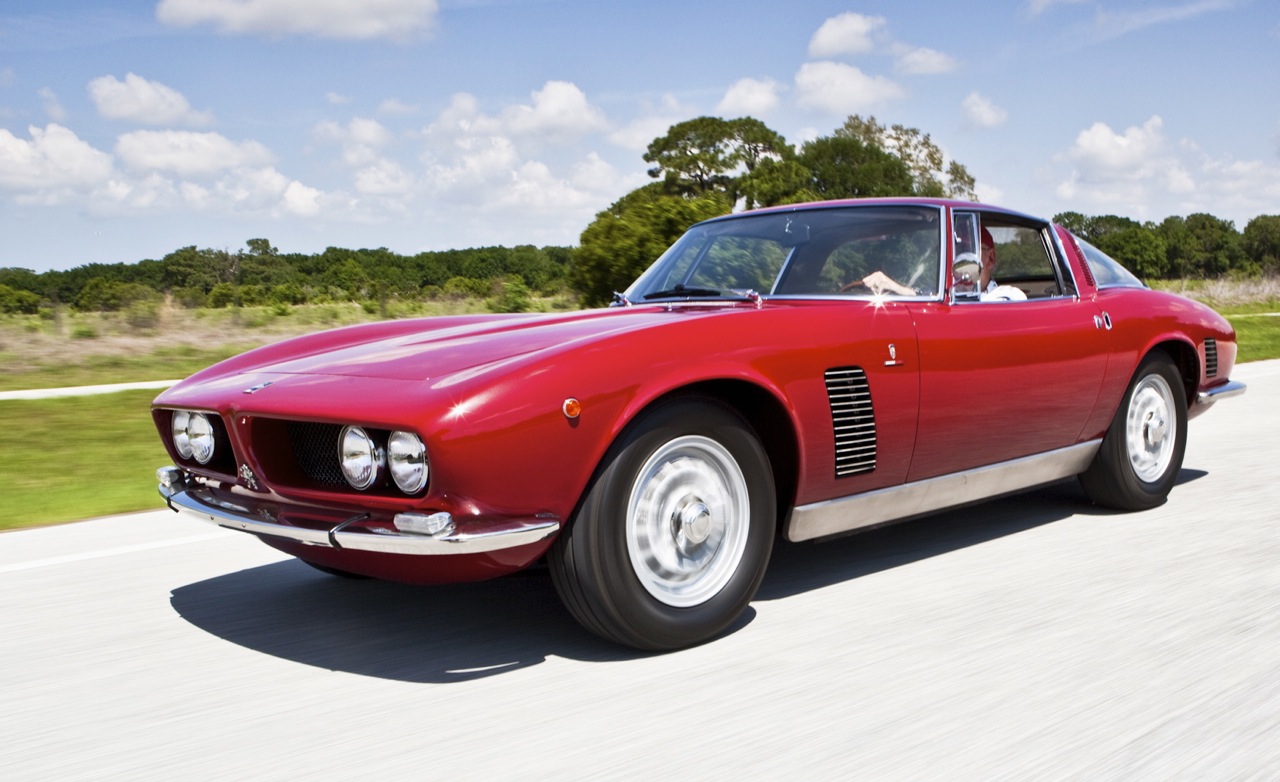 Three years after the first DeTomaso Pantera had been shipped, Iso Rivolta, another small Italian manufacturer, was going bankrupt. Based in Bresso, Italy, Iso Rivolta was founded in 1953 by Renzo Rivolta, the company being shifted to automobiles after producing refrigeration units before World War II. Their most impressive creation was the Iso Grifo, which was designed by Giotto Bizzarrini, a former Ferrari employee, and Giorgetto Giugiaro, who was working for Bertone at the time. Unveiled in 1963 and built until 1974, the Grifo gained four different American powertrains: 5.4, 7.0 and 7.4-liter V8s from Chevrolet, and the same Ford-sourced 5.8-liter V8 fitted in the Pantera. The most powerful of them all was the 7.0-liter Corvette-powered version, which delivered 435 HP via a five-speed ZF manual transmission. The big block Grifo was named "7 Litri" and it's one of the rarest iterations to be had, with only 90 units built. In fact, almost any Iso Grifo in good shape is a rare gem, since only 413 examples were fabricated. These vehicles are so desired among collectors that a former Iso employee opened a small shop in Italy where any Grifo can be professionally restored.Bizzarrini 5300 GT 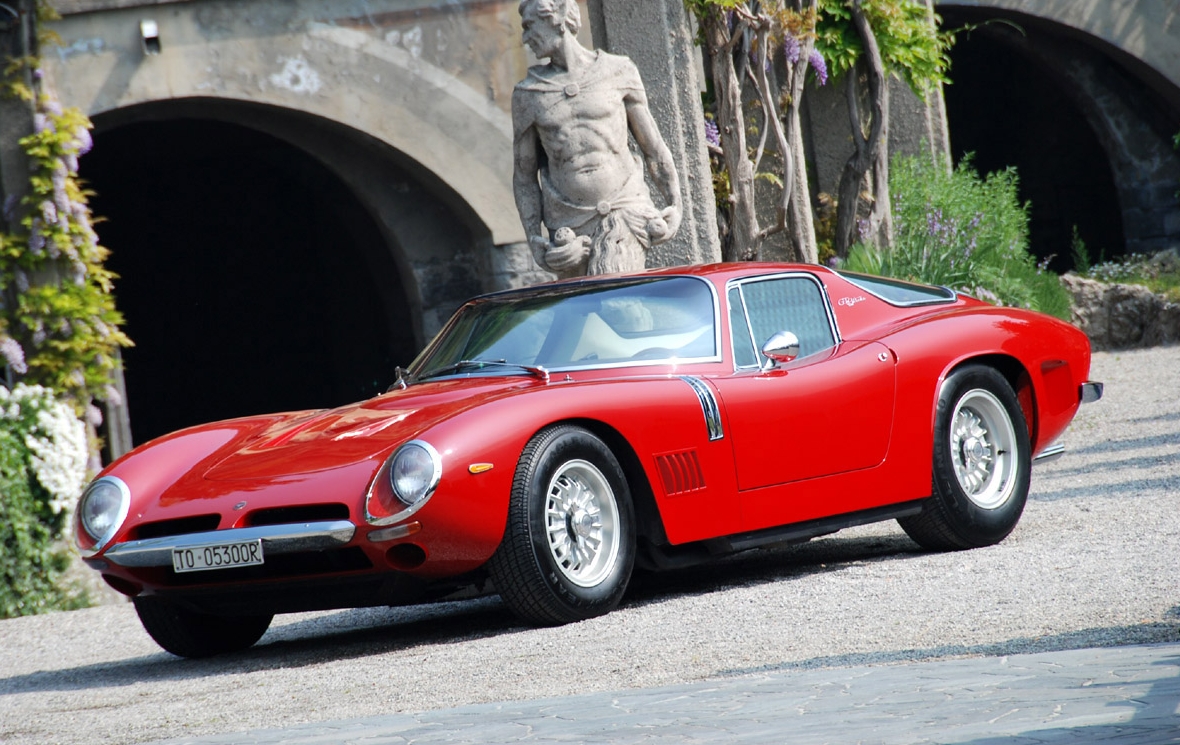 While Rivolta's Iso was working on the Grifo, Bizzarrini was busy developing its own version of the vehicle. Dubbed 5300 GT, Bizzarrini's child was designed by the same Giorgetto Giugiaro, and while it had a different body, the two-door sportscar used the same chassis and engine as the Grifo. Word has it that Bizzarrini used lessons he learned while building the famous Ferrari 250 GTO and pushed the Chevrolet Corvette V8 engine far back into the engine bay in order to obtain an almost perfect weight balance. With 365 HP under its hood, the 5300 GT had more power than the Ferrari 275 GTB and the road version, named Strada, offered several standard features. The track-ready Corsa variant came with tighter steering ratio, lightweight body and a more powerful engine. Despite its exclusivity, the Bizzarrini 5300 GT was plagued by a hot and noisy cockpit. In recent years, at least a couple of 5300 GT Stradas were auctioned for more than $400,000 (€307,574) by RM Auctions. Bizzarrini ceased all production in 1969, just five years after being founded in Livorno, Italy.Monteverdi Hai 450 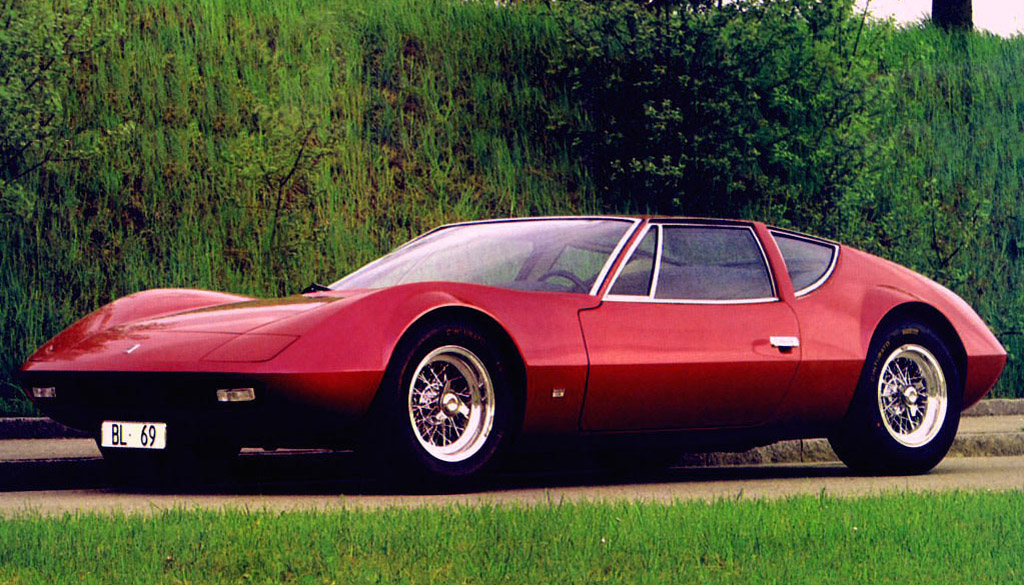 This last vehicle we want to introduce you too was awkward in more than one aspect. First of all, its builder was located in Switzerland, a country with no automotive heritage. Furthermore, the sportscar was powered by a Hemi V8 engine and never made it past its prototype status. After selling and driving race cars during the late 1950s and early 1960s, Peter Monteverdi established its automobile company in 1967 in Binningen. Besides the 375 High-Speed and the Safari SUV, Monteverdi attempted to build a sportscar that would compete with offerings from Ferrari, Lamborghini and Maserati. The Hai 450 SS was born in 1970 and debuted at the Geneva Auto Show. Powered by a 7.0-liter Chrysler Hemi V8 engine mated to a five-speed ZF transaxle, the magenta prototype was reportedly designed by Trevor Fiore, although some source claim it was "penned" by Pietro Frua. The prototype had a top speed of at least 180 mph (289 km/h) and a 0 to 62 mph (100 km/h) acceleration time of 4.8 seconds. Rumored to cost no less than $27,000 (€20,000), the Hai 450 SS never made it into production, although Monteverdi planned to assemble an initial batch of 49 units.

As one would imagine, these aren't the only Italian cars built with American V8 engines. One honorable mention would be the DeTomaso Mangusta, which preceded the Pantera. Furthermore, the English are also well-known for using US-built V8 mills in some of their cars, with the Jensen Interceptor being the most appropriate example, but we'll tell you more about that a little later.