2 UPDATE: Honda Fury to Be Unveiled Today at New York
Up Next

Rally Australia to Set Up Extra Grandstands for September Event 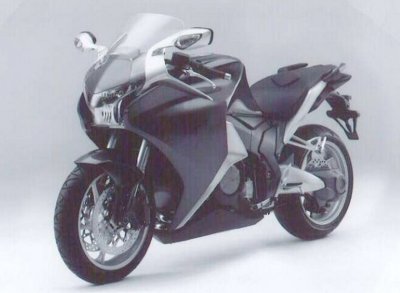 The new Honda sport-tourer powered by a V4 engine with displacement of 1200cc is set to take the place of the defunct Blackbird, with a second version taking the place of the Pan-European, using the same chassis and engine but clothed in full touring bodywork.

The model, named VFR1200, was recently revealed by MCN in an interview with Honda boss Shigeru Takagi. Needless to say, the VFR1200 model will be a serious competitor for the BMW K1300S, Triumph Sprint ST and Suzuki Hayabusa.

Since the first rumors of Honda working on a new sport-tourer model reached the public, the Japanese manufacturer was hunted down by journalist from the specific media. Finally, thanks to the first photos of the bike and the aforementioned interview with Mr. Takagi, we found out some of the tech details.

It appears that the single-sided swingarm incorporates shaft-drive BMW-style for ease of maintenance. Using a shaft also confirms the new machine is no replacement for the Fireblade sports bike model.

Substantially engineered conventional beam frame hints at the massive performance to come from the V4 motor. This replaces the futuristic ‘hidden’ frame of the concept bike that first revealed the engine’s ‘V’, MCN wrote.

The engine displacement is narrow enough to easily fit between the rider’s knees and has variable cylinder control. A conventional gear lever is also shown in the pictures, which makes you reconsider the notion of Honda only using its new semi-automatic system.

The stubby nose and short side panels makes you think of the manufacturer’s current Fireblade in design. That’s about it for now. We will keep you posted with any other details that might hit the media regarding Honda’s most anticipated model.