1 Want to Grip a Ferrari Steering Wheel? Do It From Your Living Room

5 B7 Concept Electric Race Car to Reach 500 km/h
Car video reviews:
Up Next

Ever thought why a Ferrari 458 has that unmistakable sports car sound? Well, the dutch lego scale cars and trucks model builder, Huib van der Hart, did. So he thought he’d build a V8 engine and a six-speed gearbox out of lego bricks. We’ll have to admit, the looks and the sound make you want to become an engineer.
1 photo
We all just love those crazy sounds a proper V8 engine does when you keep pushing that acceleration pedal. While the gasoline burns in those eight cylinders mounted in the crankcase it’s almost like you could imagine Ferrari 458’s designers drawing their first drafts. Its all about the heart and the soul when you look under the hood. And what makes a supercar like this if not those eight pistons set in V position?

Well, that is how passionate you have to actually be to even consider studying the math behind those decades of engineer evolution. And when you think that the French were actually the ones inventing it...

Anyway, this dutch car lover thought he’ll give us a helping hand so he built an lego scale V8 engine and a six-speed sequential gearbox. Now that is how you’d probably like to study inner workings of the famous engine at class, if we were to imagine how high school would be like in the perfect world. Well, we’ll let you to decide on this one.

Just a short reminder, when it comes to V8 engines Ferrari is definitely the one to mark the records. Let's take the 458 Speciale's 4497 cc V8. WIth 605 hp, this is the most powerful naturally-aspirated Ferrari 8-cylinder ever mounted to a road-going vehicle. You can think about that while you handle your LEGO creations. 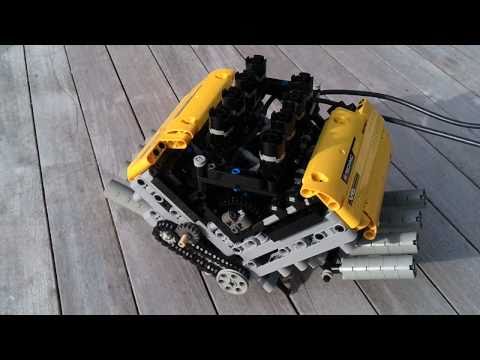 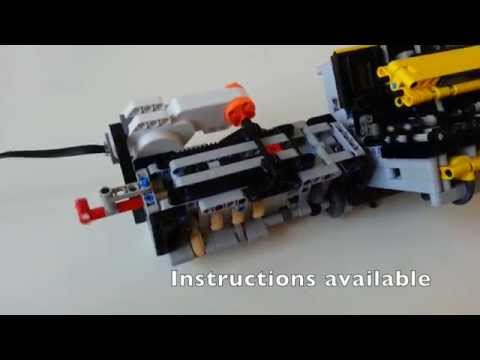