3 Russian Rocket Progress Blasts Off to the Space Station, Watch It Take Off

4 ESA Lends Its 36-Ft Hand to the ISS, the Robotic Arm Will Be Launched Next Month

5 Someone Took Photos of the ISS Transiting the Sun, Astronauts Were Outside
Editorial

Home > News > Space Junk
Cristina Mircea
Just like a human arm, but longer, stronger, and more capable. The first robot that can move around the Russian segment of the International Space Station (ISS) is ready to be delivered. It will be launched in two days.
8 photos

Russia will finally get a very capable helping hand on the ISS with the launch of ERA (the European Robotic Arm). Designed by Airbus Defence and Space Netherlands, the robotic arm has shoulders, an elbow, and even wrists, just like a regular human arm. Only this one is 37 ft (11.3 m) long, and it’s made of carbon fiber and aluminum.

ERA was 100 percent made in Europe and has a large range of motion. According to the European Space Agency, at full extension, the ERA could pick up a football from the penalty spot of a soccer pitch and pass it to the goalkeeper.

The robotic arm packs some really useful features meant to ease the job of astronauts on the Space Station. It can anchor itself to the Russian segment of the station in multiple locations and it can move forward and backward. But most importantly, this is the first robotic arm that can be controlled both from the inside of the Station, as well as from the outside. It will service the International Space Station on the Russian segment, as the other two robotic arms on the ISS (Canadarm2 and the Japanese Experiment Module Remote Manipulator System) can't reach there.

Astronauts can either control ERA directly or program it in advance for the tasks it needs to perform. Two are already planned: the robotic arm will help set up the airlock and install a large radiator for the Multipurpose Laboratory Module (Nauka).

In order to be fully installed and ready to operate, astronauts on the ISS have to take five spacewalks.

ERA will be launched on a Proton rocket on July 21, at 4:58 pm CEST (Central European Summer Time). The launch site is the Baikonur Cosmodrome in Kazakhstan. It will arrive at the Space Station about a week later. 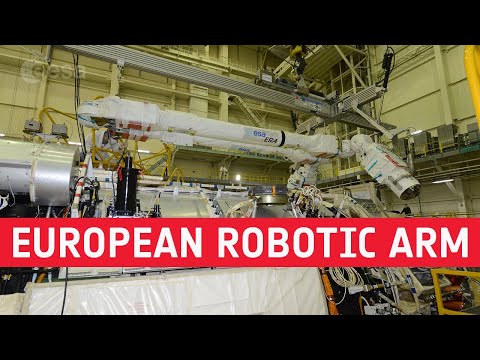