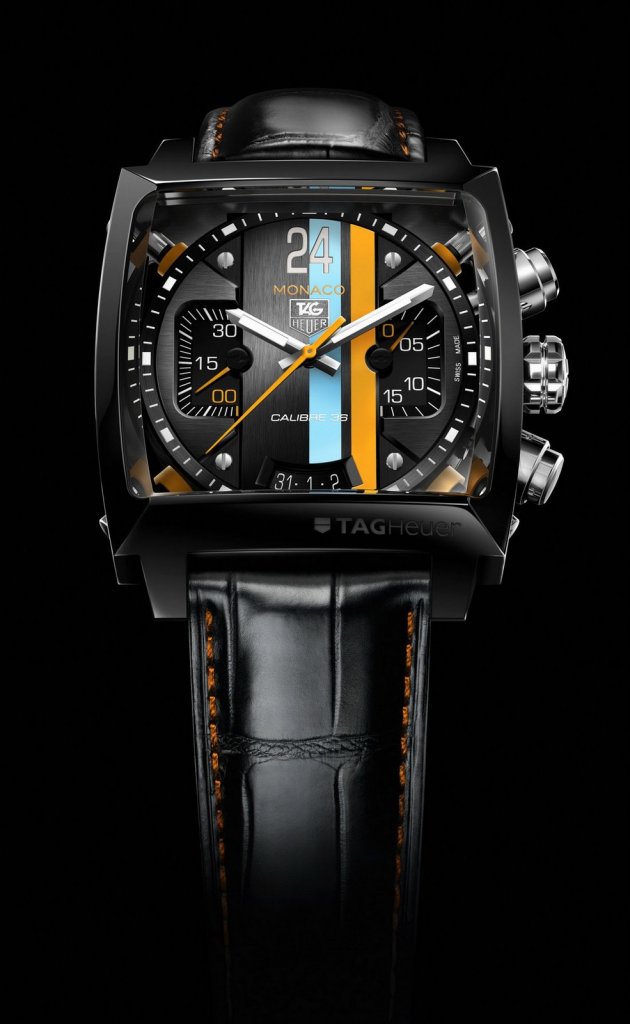 So it's once again time for a watch-automotive icon encounter. Swiss specialists TAG Heuer have just released the Monaco Twenty Four Chronograph, an idea spawned from the supercharged 24h Le Mans race.

The watch is defined by the large 24 and the blue and orange livery of Gulf Oil. Based on Steve McQueen's square shaped Monaco, the watch features a see-through dial and is powered by the company's Calibre 36 Moving (36,000 beats per hour) which is visible through the sapphire crystal case back.

"The Monaco Twenty Four Concept Chronograph is inspired by the phenomenally powerful race cars, true marvels of state-of-the-art engineering and design that compete each June in the 24 hours of Le Mans, " Jean-Christophe Babin, TAG Heuer CEO said in a release.

The components of the watch are insulated with shock absorbing "composite filter" materials used in aerospace and racing engineering. The Advanced Dynamic Absorption System (ADAS) can protect the watch in case of an impact of 24,000 G, the equivalent of a 20 meter fall.

A world premier is the use of a centrifugal system. The three arrows on the annular oscillating weight display its working rotation, as they are visible from the front of the dial and through the case back.