3 It's Confirmed: Texting While Driving Can Be Lethal
Up Next 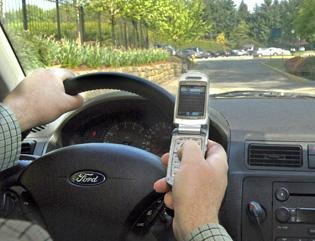 A study conducted by odbEdge, the creator of Cellcontrol, revealed some worrying conclusions: 72 percent of the people who took part in the survey said that they will keep using their mobile phones while driving despite the upcoming laws which will ban this activity.

The survey was conducted on 100 people, out of which 88 percent admitted to using their cell phone to text, email, surf the Web or have a conversation in the past 12-months.

This is of great danger, as distracted driving proved to be 23 times more dangerous than driving while intoxicated.

"Cell phone use and driving is still a safety problem on our roadways and that's why at cellcontrol our main objective is to help parents, friends, employers, etc., protect those they care about with technology that is easy and simple to use," said Leigh Gilly, Director of Business Development of cellcontrol.

"We are aimed at preventing driving while distracted to help reduce the over 500,000 injury-resulting accidents each year caused by mobile phones and other technologies used while driving," he added.

If given the technology to block the use of cellular phones while
operating a vehicle, on which of the following would you use the
technology:

What do you consider to be more dangerous?

Has the passing of new laws prohibiting distracted driving changed
the way you use your cellular phone while operating a vehicle?

Are you aware of any accidents in the last 12 months involving
yourself, family or friends that was caused by distracted driving?