1 Rossi Still Feels Pain in Injured Shoulder
Up Next 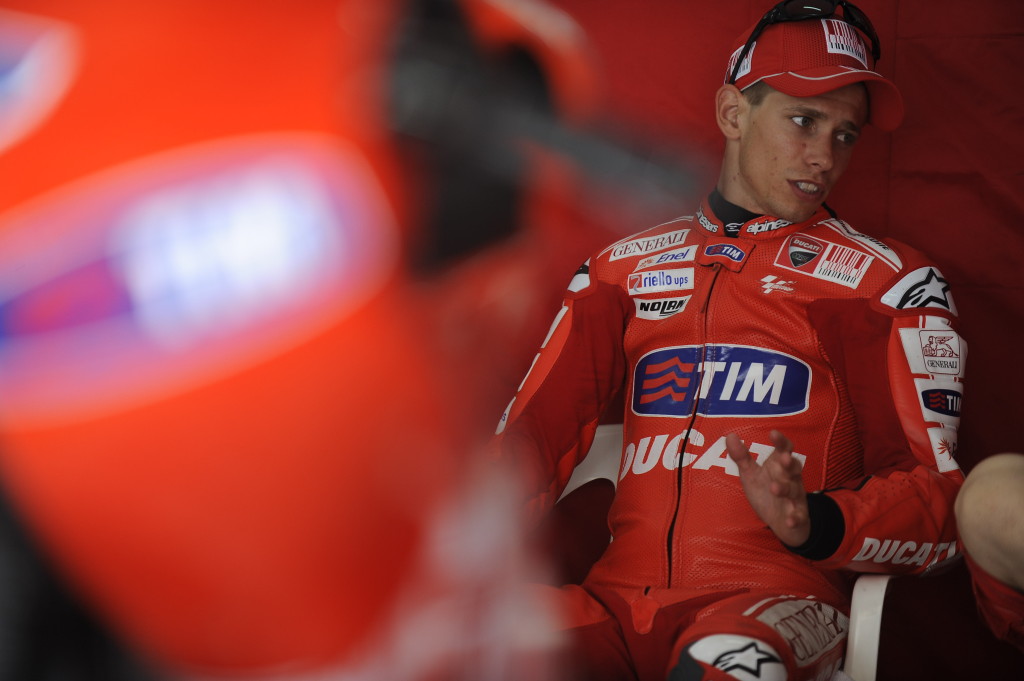 Prior to this weekend's Spanish GP, Casey Stoner said that he's not at all concerned with the 25-point deficit to championship leader Valentino Rossi after the first round of the season. And he made a clearer statement of that earlier today, when topping the first practice session on the Jerez de la Frontera track.

The Ducati rider scored the best time of 1:39.739 early in the first practice, at only his 4th timed lap at Jerez. That put him more than half of second ahead of all the other riders until the late stages of P1, when he unfortunately experienced a crash in the Angel Nieto corner.

He lost the front end of his Ducati in the aforementioned section of the circuit and had to call it a day only minutes before the one-hour mark, but fortunately escaped unhurt from the crash. In the late stages of the session, Yamaha's Jorge Lorenzo threatened Stoner's leading position, but only managed to come 0.144 seconds behind the Australian in the end.

Ducati's Nicky Hayden piggybacked on his impressive performance in Qatar and recorded a 3rd fastest time on Friday, more than 4 tenths of a second behind, while followed by Dani Pedrosa and Valentino Rossi.

The Italian champion did not get out of his garage too often this afternoon, as he tried to protect his damaged shoulder. Suzuki's Loris Capirossi was the 6th and final driver to be within one second behind Stoner, while followed by Tech 3's Colin Edwards, Aspar's Hector Barbera, Suzuki's Alvaro Bautista and Gresini's Marco Melandri.

Here's how the P1 classification looked like this afternoon: