2 Most Cars Get Stolen on New Year's Day

5 Most Stolen Cars of 2009
Coverstory 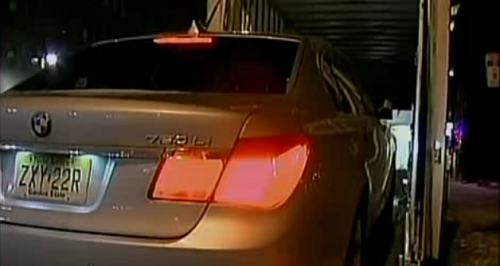 Just as the North American International Auto Show was wrapping up the press days, on January 14, the Germans from BMW were still busy loading a brand new 7 Series, brought to Detroit to be used as company car for various executives and important BMW figures

The car, belonging to BMW North America, was about to get shipped back to New Jersey after finishing its assigned task for the event, but a moment of distraction for one of the guys loading the car onto a truck was enough for the car to get stolen. According to witnesses, the thieves, who were conveniently just around the corner, jumped into the car and took off.

It all happened outside Westin Book Cadillac hotel in Detroit and caused quite an agitation within the BMW ranks. Apparently, the daring thieves who went for the car knew a little something about the latest technologies fitted into BMWs, as they've deactivated the BMW Assist tracking system by using a very complicated hacking maneuver: they cut the wires.

This made the task of finding the vehicle much more difficult for police, who needed three days to locate the car at a gated apartment complex in the same city. For now, however, the thieves remain at large.

Now that the problem has been solved, the NAIAS organizers can relax a bit. Although at the time of the theft, BMW did say that the unfortunate incident would not affect its relationship with NAIAS in any way, the incident is not exactly the perfect headline for an auto show.