Star Riders Brought Together at the 2010 FIM Awards Ceremony 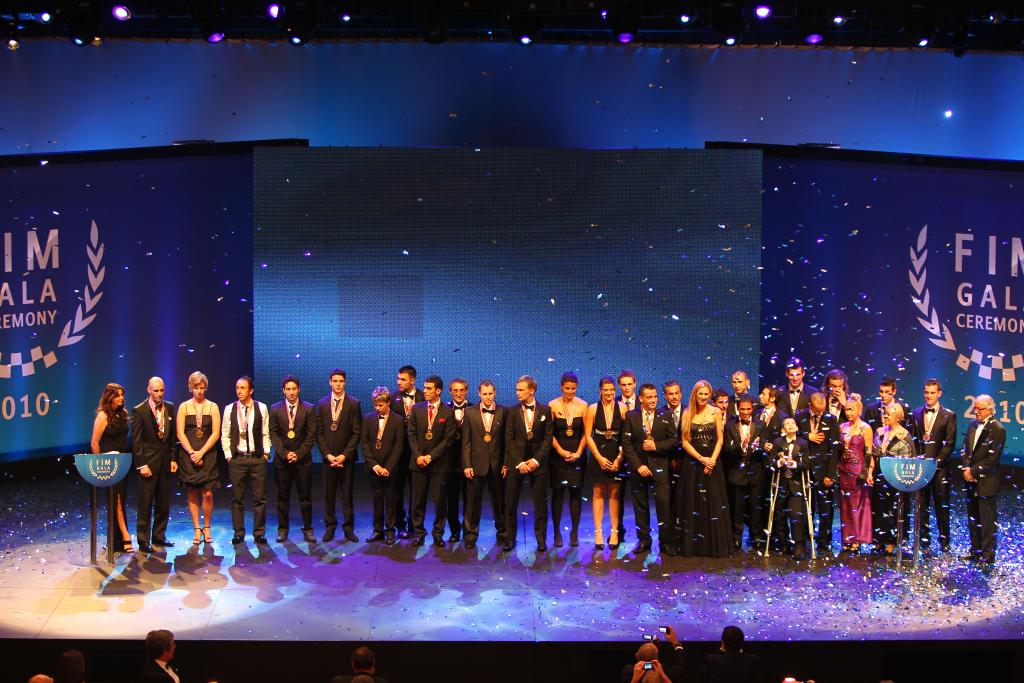 The recent FIM (International Motorcycle Federation) Gala Awards Ceremony held in Portugal recognised and rewarded the exploits of the world’s best motorcycle riders. A host of motorcycling legends were on hand to present the 2010 FIM World Champions with their respective awards, whilst also being honoured themselves for their services to the two wheel sport.

The FIM also made three special presentations for FIM Rookie of the Year, FIM Woman of the Year and FIM Personality of the Year. These three awards were voted by the media, fans, teams, industry and riders via the FIM-LIVE.com website during more recent weeks, with over twelve thousand votes being received in total.

“This is a very special evening, to have so many FIM World Champions and the FIM family together in one place. I am delighted to have this opportunity to celebrate the achievements of these riders, and to show to the World just how strong motorcycle sport is even during these difficult times,” stated Vito Ippolito, FIM President.

“I would like to thank all the riders and teams for taking time out of their busy schedules to be here this evening, and for understanding the importance of this event both for the FIM and for motorcycle sport as a whole,” he added.