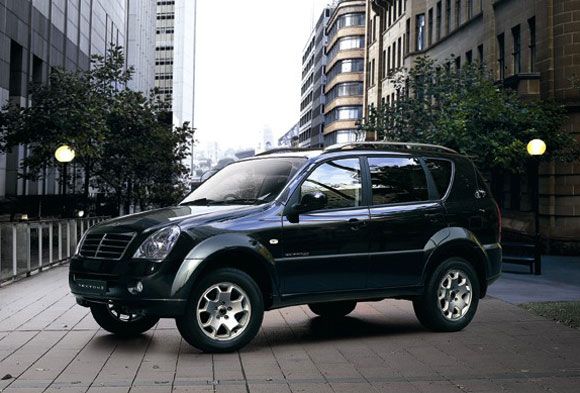 South Korean manufacturer Ssangyong submitted a new survival/revival plan in Korean bankruptcy court, in an attempt to exit court receivership. The plans submitted with the Seoul Central District Court will also have to be approved by 75 percent of the company's creditors with collateral, two out of three creditors without collateral and half of the shareholders, Korea Herald notes.

The future of the manufacturer will begin to take shape on November 6, when a new meeting between involved parties is scheduled. At that time, the court will set the calendar for the third meeting, when the approval or rejection of the plan will be voted upon.

The new plan is based on the older one, submitted on May 22. At the time, as well as now, the company is evaluated at 389 billion won ($319 million), greater than the liquidation value. The months-long violent strike is said to have reduced the company's value by only 31.1 billion won ($26 million).

The new plan also states SsangYong will repay its secured debts in full, in installments over five years at 3.84 percent. Other debts will be paid by converting 43 percent of the debts into new shares, while the remainder 47 percent will be paid in cash, over five years, at 3 percent.

As for its production and sales, SsangYong has a goal of 32,000 units for the remainder of 2009. In the first seven months of the year, SsangYong sold less than half that number: 13,000 vehicles, but largely due to the 77-day strike.