Spyshots: Porsche 911, Dashing Through the Snow 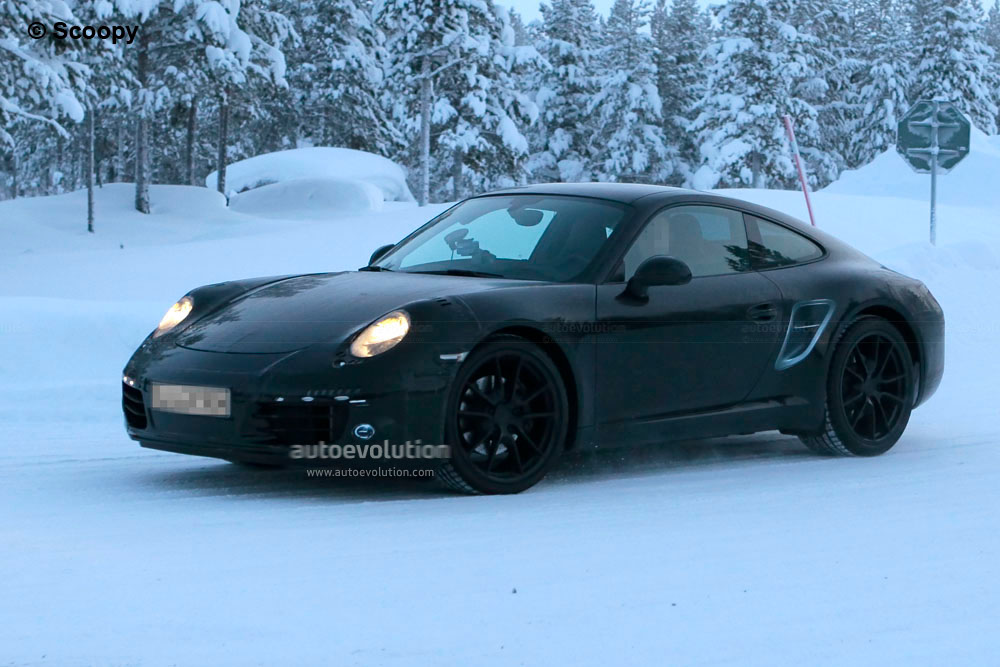 During the North American International Auto Show, the sports car gurus from Porsche impressed the crowds with their extreme 918 RSR demonstrator. When seeing it, most began dreaming of a new life for Porsche, not essentially different than the current one, but perhaps more diverse and more intriguing.

For now, however, the RSR will remain a thing of the future, more or less. Porsche is continuing the development process of the models that made history wearing their logo, like the iconic 911 line, as usual, without changing much of the fine-tuned machine. A line which, for quite some time now, is preparing to shed its former skin and entrails and embrace new ones.

When it comes to the skin, we all know that Porsche is not all that interested in plastic surgery. The new generation, which will be introduced later this year, will receive only minor modifications, to be seen at the front lights, which are now more upright, and the mirrors, which have been repositioned to the side of the doors.

Engine wise, some clever tweaking of the existing units will see some increase in power here and there. According to the information available, the entry-level 911 Carrera will receive a 3.6l engine tweaked into delivering 365 hp and 295 lb-ft of torque (coupled to a new PDK dual-clutch gearbox), while the more powerful Carrera S will use a 3.8l unit developing 415 hp and 325 lb-ft of torque.

The power levels of the engines will be felt a bit differently in the new 911, as the engineers have trimmed the weight of the Carrera by some 45 kg. While losing weight, the 911 grew in length and width.