3 Brawn to Become Mercedes' Works Team in 2012?
Car video reviews:
Up Next 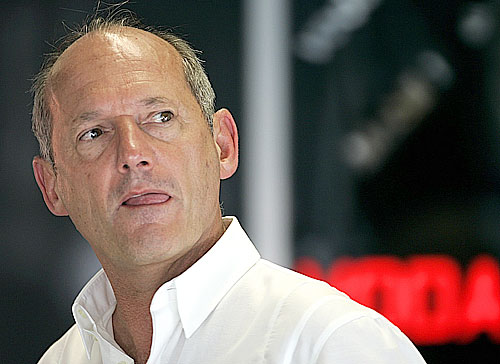 Martin Whitmarsh's generous decision to allow Mercedes to power the Brawn GP outfit through the duration of 2 years – starting 2009 – might cost the British official his team principal and CEO job with McLaren Mercedes. Now that the Brackley based team proved so successful in the series, the German manufacturer seems to seriously consider a switch in factory support from McLaren to Brawn.

The new reports on the matter appeared in Germany's Auto Motor und Sport magazine, where reporters claim that Brawn GP could bear the name of Mercedes in their official designation prior to the upcoming season. While Mercedes' purchase of Brawn shares seems to have already been approved by the marque's board of directors, the name of Mercedes in Brawn's designation is subject to McLaren's approval.

Mercedes currently owns 40 percent of McLaren F1 Team, and the officials from Woking consequently have the veto right regarding engine supply and official rights of the Mercedes name inside the sport. The team already used that right to prevent a potential engine supply by Merc to Red Bull Racing and will likely stand against the Brawn move also.

Had they known about the huge success Brawn would have in the 2009 championship, McLaren might have reconsidered the Mercedes engine supply to Ross Brawn's team. However, shortly before the season started, Whitmarsh already agreed to a Merc-Brawn 2-year partnership, which later led to the German considering a buyout of the Brackley operations.

Whitmarsh's place on the pit wall could be taken by former McLaren boss Ron Dennis. The British official was present in the McLaren garage during the Abu Dhabi Grand Prix at Yas Marina Circuit – soon after Max Mosley was dethroned from the FIA presidential seat by Jean Todt – and is believed to consider an F1 return now that his great rival is out of the sport.