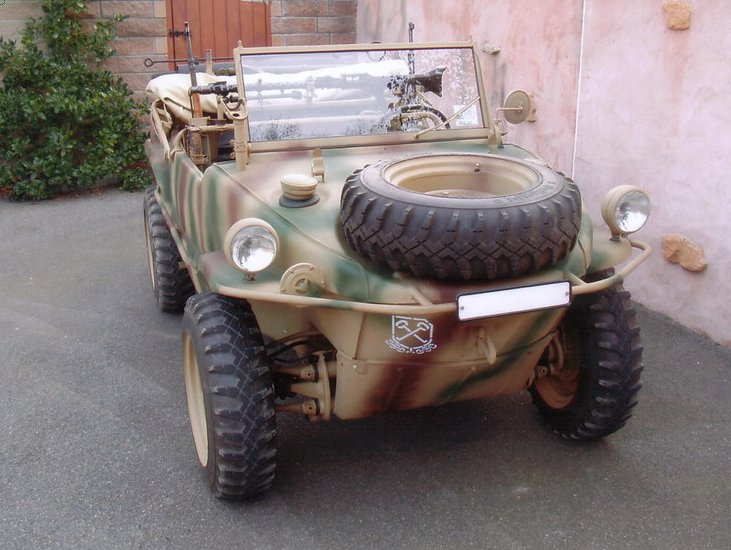 A piece of history surfaces and amazes car and boat enthusiasts at the same time. The one of a kind crossbreed between a car and a boat was put out for auction an as you can imagine it crated a lot of fuzz. More specifically, we are talking about a VW Type 166 Schwimmwagen amphibious car which was developed by Volkswagen for the German army during World War II and was used extensively.

An upsetting fact is that the German manufacturer created the vehicle only for it s army, instead of further manufacturing it for the general public after the war was over. The four wheel-drive vehicle uses a drop-down rear drive propeller in the water and also comes with a large ground clearance which helps it to translate from water to land with ease. The VW Type 166 comes fitted with a flat four-1100cc engine which enables the vehicle to make its way through almost any terrain.

Most Schwimmwagens were destroyed during army service in WW II by the Allies. This particular model survived and was probably left behind the retreating German forces in the mountain regions of France that border Switzerland. The vehicle was purchased by a US based collector from the owner who had held on to it since the early 50s and restored it to its original state.

At the moment, the vehicle is being auctioned on eBay with a price tag of $185,500, which given the historical background that it has it is not that much to spend on a piece of history.