2 Oliver Solberg and His Co-Driver Explain Pacenotes and Recce, Watch and Learn

5 M-Sport Reveals the Secrets of the Plug-In Hybrid Drivetrain on 2022 WRC Cars
Car video reviews:
Up Next

Rally1 Cars Are Too Hot for Safety, Drivers Say, and the FIA Is Asked to Fix the Issue

In the past two events of the WRC, numerous crews have complained about the cockpit temperatures in Rally1 cars. The issue is with the new class of hybrid vehicles, which have seen temperatures reportedly passing 70 degrees Celsius (ca. 158 F) in the cockpit at times, and a solution has been requested from the FIA.
30 photos

The reason teams requested the FIA fix the problem is linked to the rules and regulations that regard homologations, and these also mention where certain parts may be placed. For example, in the case of Rally1 cars, the exhaust runs directly under the co-driver, and that makes the temperature disturbingly high on the right side.

As Paul Nagle, Craig Breen's co-driver found during Rally Portugal, the floor of the vehicle got so hot that the soles of his flameproof racing boots started to melt.

Besides the obvious discomfort of feeling that the soles of your shoes are melting, the crew also had to deal with the smell of molten rubber, which is tough to stomach when you are not allowed to open the windows of your vehicle while you are racing.

Previously, the top class of WRC cars used to have an exhaust that went all the way to the back of the vehicle, which meant that temperatures would not go higher than in other racing cars throughout an event.

Due to the significantly increased temperatures, crews are being put at risk, so the International Federation of the Automobile, which is what the FIA is short for in French, has been asked to step in.

The Federation has reportedly considered several solutions to reduce cockpit temperatures to a bearable range (around 50 degrees Celsius, or 122 F), and these include, but are not limited to adding ducts to the side mirrors and getting them to bring fresh air into the cockpit, as well as introducing an opening in the windscreen cowl to help improve airflow in the interior.

Other proposed changes involved permitting the addition of a new roof vent, which would be significantly larger than the original one, which is already present. The latter is a small opening that is opened or closed manually by using a hinge, and it brings a dash of air inside.

Adding heat-deflective materials or ceramic coating for the exhaust might also help, but some of the proposed changes will involve the FIA homologation commission, which would have to act quickly so that the teams have enough time to do the proposed modifications.

Having the windows lined with silver foil should also help, and the rear windows might get a set of vents to place on top of them, just like older WRC cars used to have.

With a combination of vents placed in key areas of the cockpit, the airflow might be increased enough to help drivers and co-drivers stay at a reasonable temperature when the WRC will reach Kenya.

Hyundai Motorsport's deputy team principal, Julian Moncet, told Dirtfish that he fears that many crews might not be able to complete the Safari Rally because of the heat in the cockpit if the weather in Kenya will be hot.

The issue with the temperature was first noticed last year, during the first tests with the new Rally1 cars, but it was scrubbed off as if it did not matter, and it was not a problem during the first two events of the year, held in Monte Carlo and in Croatia, where teams dealt with cold weather, rain, and poor grip before having issues with heat. 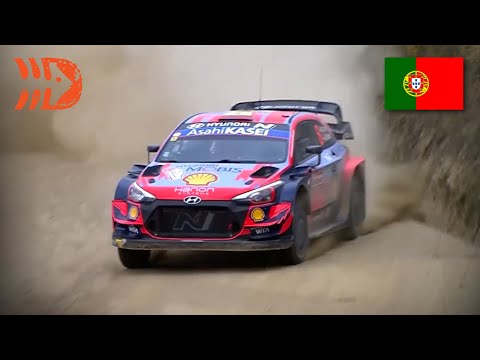 Editor's note: For illustration purposes, the photo gallery shows some of the current Rally1 cars in the WRC.