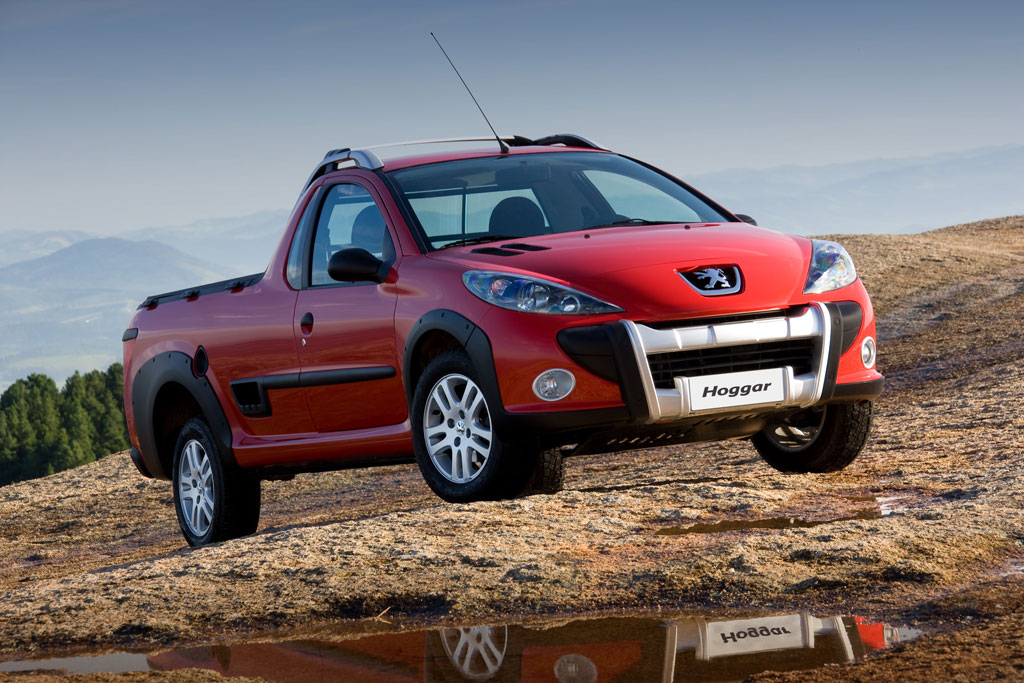 Peugeot Hoggar is a new addition to the 207 line from Brazil, after the saloon, hatchback, SW and SW Escapade versions.

Preliminary data released by the South American division of Peugeot, the Hoggar pick-up has a load volume of 1151 litres and a payload of up to 742 kg, which makes this vehicle a point of reference for the market.

The name Peugeot Hoggar, taken from a Peugeot concept car, evokes a world which combines strength, durability and action.

“Peugeot Hoggar, the pick-up by Peugeot, seductive, dynamic and robust targets a mainly male customer base who are looking for a versatile vehicle with a distinctive style,” a company statement reads. “With Peugeot Hoggar, Peugeot brings a touch of seduction and emotion to the world of Pick-ups.”

This vehicle will be manufactured at the Porto Real factory in Rio de Janeiro, Brazil. With this expanding range in the Brazilian market, which is expected to grow in 2010, Peugeot aims to have a 10 percent market share for pick-ups over the whole year.

Peugeot Hoggar will be launched in the Brazilian market on the May 15, with three trim levels and two engine choices, namely a 1.4 and a 1.6 liter, both running on LPG. Pricing to be announced closer to the market launch.