Schumacher Will Continue to Train for Potential Return 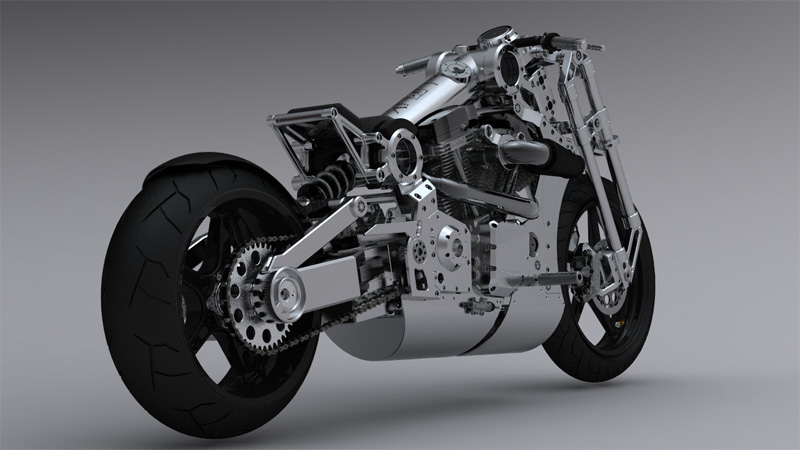 The newest model launched by Confederate Motor, the Fighter Combat, will be produced in a limited 120 units, but it’s the very first factory model that will go under the hammer at Pebble Beach this weekend. The motorcycle will be unveiled today for the first time to the press and public at the Quail Motorsports Gathering during the 2009 Pebble Beach Car Week, and then be offered for auction at the MidAmerica sale the following day.

The model to be unveiled, “Arabic 01”, is the only pre-production P120 Combat edition Fighter in existence and will be raced for setting a world speed record at the Bonneville Salt Flats between August 30 and September 6 in the 2009 BUB Speed Trials.

The 1966cc massive engine of the Arabic 01 incorporated into a lightweight aluminium frame develops 145 ft/lbs of torque and 160 rear wheel horsepower. Only 25 of Confederate’s hand-built Arabic motorcycles will be delivered to their owners starting November 30, two units a month.

Well, owning the first in a limited series and a potential record holder will not be cheap, that’s for sure. The estimated retail cost of the production model is $75,000, therefore this one-off Fighter Combat is expected to fetch much more. Meanwhile, until we’ll find out exactly for how much did the bike sell, let’s take a look to the rest of its features, provided by Confederate Motor: