Movies to Be Made on the Ruins of GM 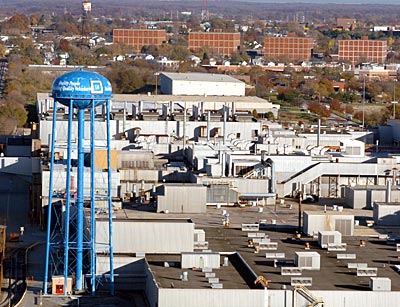 Apparently, Michigan Gov. Jennifer Granholm is making a lot of headlines these days. This time, we are not referring to her incentive plan encouraging automakers to make lithium-ion car batteries in Michigan but to her initiative regarding the development of a movie production facility to boost a film business in the ruins of the auto industry.

According to The Wall Street Journal, the daring governor will announce on Tuesday night the development of a new $54 million movie production facility to be built in Pontiac. With the studio which is going to be built in a shuttered General Motors Corp. facility is expected to create about 3,600 new jobs.

As a matter of fact, Michigan started to offer tax incentives several years ago to encourage film makers to come in this area but the competition has heavily increased since then as other states are now offering their own incentive packages to attract film makers in their territory.

Therefore, the state of Michigan is forced to raise the ante by offering  $15 million in film-related tax credits, plus as much as $101 million in state tax credits over 12 years on the condition that hiring goals among other criteria are accomplished.

Furthermore, a new film financing fund arranged by Endeavor is planned to help pay for films that are produced on site. The studio is expected to raise upward of $100 million from private investors and banks over the next few months.

"People in Sacramento tend to view the industry as being specifically a Los Angeles thing, but it's scattered across the state, and the industry touches a lot of people statewide," says Jack Kyser, chief economist at the Los Angeles County Economic Development Corp.

As for the jobs' creation part, critics are skeptical this is going to happen with the development of the movie production facility.

"People were coming in from other states and Canada to film once the new incentives kicked in," says Linden Nelson, chairman and chief executive of the new Motown Motion Picture Studios. "But it really wasn't creating the jobs and the infrastructure here in Michigan," he added.

Well, if they are not creating new jobs, they are at least promoting (for free) the Detroit-based automaker.