5 Scorpion Introduces the 3-in-1 Helmet Exo 900
Car video reviews:
Up Next

Whether to use intercom gadgets while riding a motorbike is a tough decision. While a lot of riders truly enjoy the benefits of being able to talk with their passengers or with other motorists, should they be in a group, strong arguments come from those opposing the idea as well.
What's interesting is that, while not liking the motorbike + intercom combo is easily solved by actually not buying such a communication system, those in favor will face multiple available choices (and prices). Aside from the rather wide range of available systems, the main question remains: how useful or how dangerous are the motorcycle intercom gadgets?

The intercom fans bring forward a lot of reasons to buy a communication system and have it integrated with your bike and riding gear.

The thing one will hear most often is the very simple fact of being able to communicate with your passenger while riding, and even more, being able to do without turning your head or raising the voice. In case we're thinking about full-face helmets, having your passenger hear what you're trying to say seems almost impossible at speeds exceeding 40-50 mph/ 65-80 kmph.

First, it's the noise caused by wind and then it's the very construction of the helmet, putting a barrier exactly in front of the rider's mouth, making things even worse. In this case, having an intercom microphone installed inside the helmet, fixed to the chin bar, would greatly benefit in terms of wind protection and proximity to the mouth. 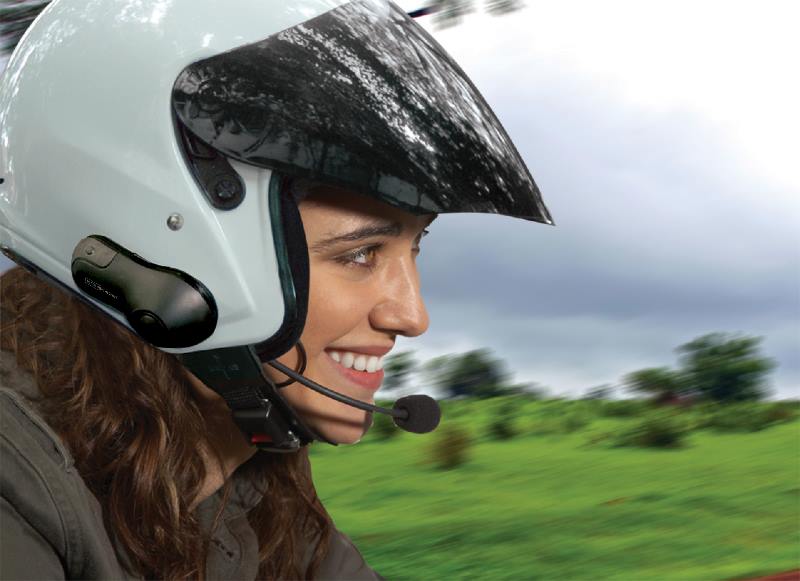 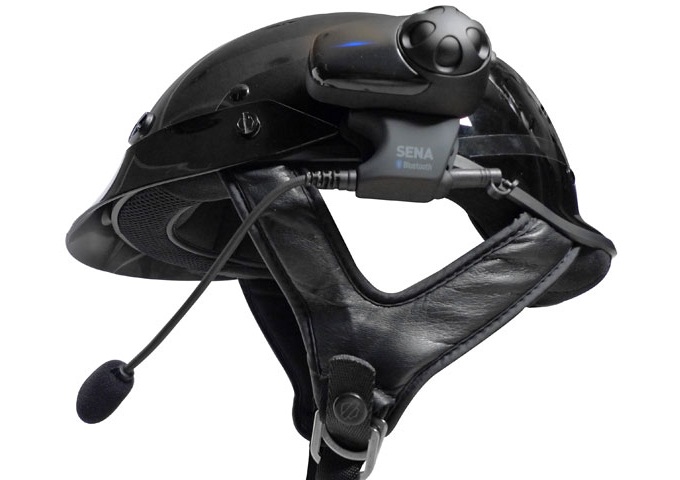 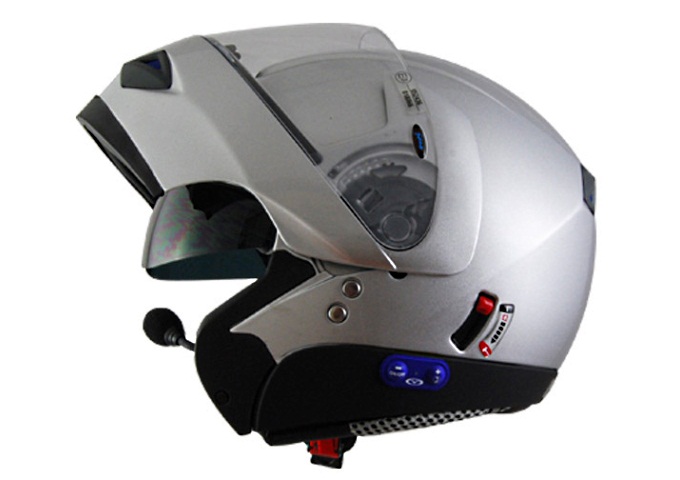 On the other hand, if we're thinking about modular helmets, open-face ones or braincaps, rigging the intercom microphone is rather plagued by the wind turbulences around the face, causing a lot of noise. Even more, having a touring windshield as I happen to have installed on my bike will sometimes send an air stream directly towards the forehead and generate even more noise due to the raised chin bar of a modular helmet.

Well, if you're planning to buy a huge screen for your Electra Glide or Goldwing and hide behind it in a (rather strangely) quiet environment, the open-face helmet + intercom mic could be a winning combo. Myself, though I wear a modular helmet and close it only during longer trips outside the city, must agree that being able to speak to the passenger without shouting and turning my head, could be a nice improvement to the rides.

So much to being able to talk to your passenger – things are rather simple: either you enjoy these chats or you don't. But here come the other scenarios, in which the intercom systems might transform in distraction factors... and being distracted while riding can lead to nasty results.

Most new intercom systems can connect with your navigation system, bluetooth-capable phone or music player. Being able to hear the GPS navigator while watching the road or analyzing traffic in a busy city was a benefit reserved for car drivers solely, until this feature became intercom standard.

I am not a fan of listening to music while riding my bike, much as I enjoy my fav metal songs when I am driving. I have friends who never part with their MP3 player during long bike trips and I've asked them how they can focus on traffic and other situations which constantly develop during a ride.

They all replied with a somewhat surprised "I don't know, I just do", but some agreed that there have been some situations when the cranked volume of their music impeded them to hear critical sounds in traffic. And one even admitted he hadn't heard a police siren...

Now, taking or even making a call while riding is one thing that it really comes down to when judging the pros and cons of bike intercoms. Handsfree by their very nature, using intercoms while on the bike does not come with quite the same risks like texting or using your hand to hold a phone when driving a car.

Nevertheless, a lot of studies have clearly showed that awareness tends to drop when talking over the phone while driving. Inside a car, a bad-case scenario involving moderate speed could end up in bumping other vehicles (possibly bikers), going off the road or hitting various obstacles. 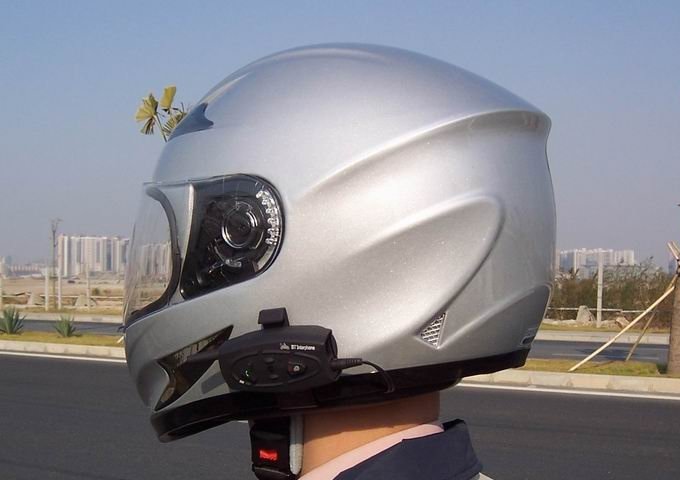 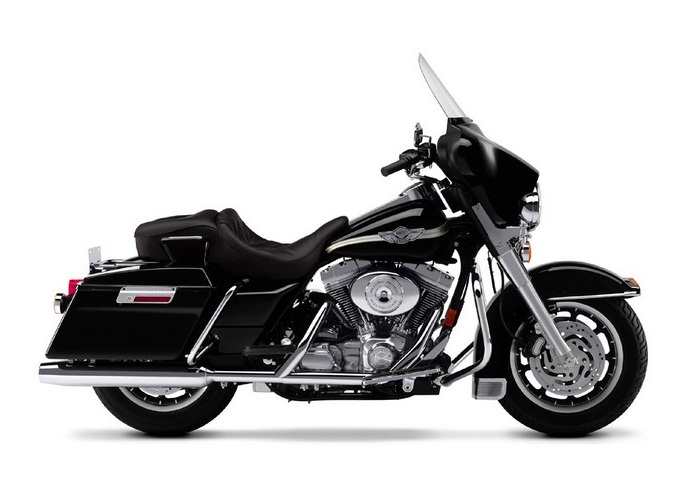 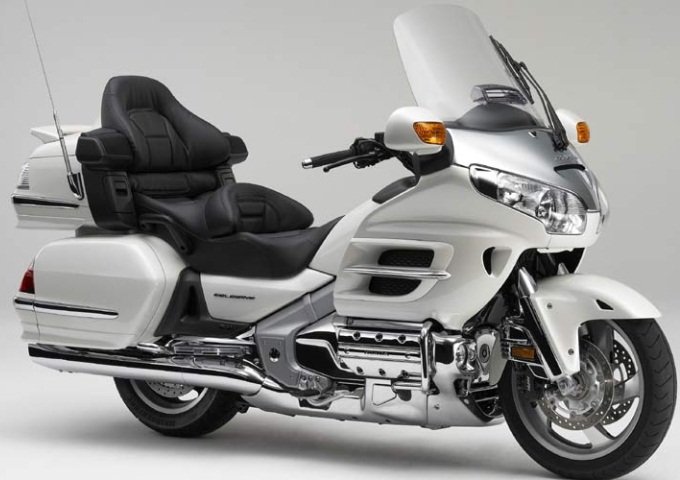 Lack of awareness when on the bike, though, has way nastier possible results deriving straight from the very specific of the vehicle. We all know too well how easily a motorbike can slide out of control when braking excessively with the rear wheel in an emergency situation, or how blocking the front wheel in a similar scenario affects stability. All in all, when riding a bike and not being focused on the very driving because of a phone discussion can end badly in case of an emergency.

Finally, here's one last aspect of using an intercom while riding your motorbike: the ability to chat with your rider companions with no need to stop. Intercom fans claim this is quite useful and I won't argue, because up to a certain point, they couldn't be closer to the truth.

It is indeed quite convenient to be hooked up via your bluetooth headset to the rest of the riding party and be able to make various trip-related decisions such as next stage, or stop, changes in the initial plans and so on, without having to stop or slow down, catch up with each other, drive closer and then shout.

For me, being in constant verbal contact with my friends when riding would certainly not be that useful and I guess the intercom would rather be a major risk factor. We love to laugh and miss no opportunity to tell funny jokes or make fun of absolutely anything; it was more than once that we've almost gotten off the road because of laughing while inside a car and I really feel like a terribly funny joke shared over the intercom just before a sharp turn might easily be the last.

Despite the awesome fun one might get from riding a motorcycle, we must never forget that two wheels are still more dangerous than four. The answer to the title question is still up to each rider.