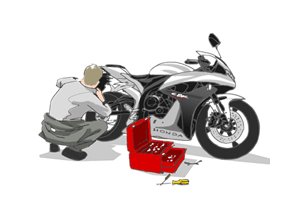 Probably one of the most controversial discussions among motorcycle enthusiasts is the difference between carbureted and fuel injected bikes, as each of them has its own avid supporters. For some beginners, this is a small detail that it’s not even worth giving it a thought, as they usually choose a bike depending on other aspects, such as the price, the power, the weight or just the brand.

Most experimented riders, however, will put this on top of their list when it comes to make a decision regarding their next two-wheeled ride. However, one thing is for sure: once you find out the differences between the two, you must couple this to other details such as how you ride, where you live, what temperatures you ride at, and so on.

Many motorcycles still utilize carbureted engines, though all current high-performance designs have switched to fuel injection. However, one advantage a carb has over fuel injection is that most mechanics have worked with carbs and far fewer have any experience at all with fuel-injection systems. Old bikers would also stick to their carbureted option, as they are simpler to maintain and repair. However, while fuel injection generally increases the cost of the bike, it also provides much better cold starting, better throttle response, better fuel efficiency, less maintenance.

The first thing you’ll hear at a debate on carb versus fuel injected bikes is cold starts. Carbureted motorcycles need some time until they are ready to hit the road at low temperatures. The choke system is used to start cold engines. Since the fuel in a cold engine is sticking to the cylinder walls because of condensation, the mixture is too lean for the engine to start. The choke system will add fuel to the engine to compensate for the fuel that is stuck to the cylinder walls. Once the engine is warmed up, condensation is not a problem, and the choke is not needed anymore. 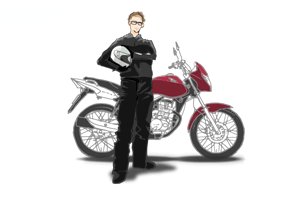 On the other hand, what most riders like about fuel injected engines is that cold starts are much more simpler. No choke or carb adjustment, all you have to do is turn the key and hit the start button. From a mechanical perspective, the thing with fuel injected rides are far more complex. There is a fuel pump in the tank, an electronic engine controller and multiple sensors.

A fuel injected system is a computer controlled fuel delivery system. The ECU reads various sensors located on the vehicle and makes the determination of how much fuel to allow the engine to have based on this information. The computer will open and close the injectors allowing gasoline into the engine based on the sensor inputs and the fuel map programmed into the computer. The various sensors (RPM, engine temperature, air temperature, throttle position, manifold pressure, crankshaft position) provide information on operating conditions and load on the engine.

With an electronic fuel injection system, the required fuel amount for each RPM and engine load condition is located in the fuel map located in the ECU. Once this primary fuel amount is known, the ECU further adjusts the fuel mixture for the engine and air intake temperatures. In many cases, the mixture will even be adjusted for the barometric pressure and altitude.

While carb problems can usually be fixed on the side of the road with basic tools, EFI problems usually require replacing parts.

What do you prefer?