An enterprising young man from Moldova managed to sell his 1985 Mk2 Volkswagen Scirocco for €5,000 through a raffle, so the winning buyer only paid €10 to enter the competition.
16 photos

Selling a stanced and home-restored Mk2 Volkswagen Scirocco made in 1985 proved difficult for the 22-year-old Moldavian, so the young car enthusiast decided it was time for an innovative approach.

Instead of lowering his expectations regarding the price of his car, Victor Stefanica preferred to start a raffle with 500 entrants. Each one would pay 10 euros for a ticket and a chance to win his car. Just like in any regular raffle, the person with the highest number of tickets got more chances of winning the car.

The seller's bet with the Moldavian auto market was tempting enough for his entrants, because he promised a full refund to all interested parties if the 500-ticket raffle did not sell all tickets. Victor Stefanica started selling raffle tickets on November 20, 2015. He planned to keep offering them until December 27, but he managed to close the entry list in his raffle sooner than expected.

Once Victor sold all the 500 available tickets, each with a unique number, he set a new date for his Random.org raffle. Thus, the raffle will be organized on December 5 and it will be aired online in case the participants aren't all from Chisinau (Moldova), Victor's hometown.

Stefanica wanted €5,000 for his Mk2 Volkswagen Scirocco, a car he's owned for several years, Autoblog.md reports. Recently, he completely restored it and stanced it. Once Victor decided there was nothing more he could improve on the car, his mind raced to his next project, which is yet undisclosed.

Since selling a home-restored car is difficult, the raffle was the only way to go for the man. As mentioned, the winner will be decided on December 5. You can check out more photos of the car during its restoration process in the adjacent gallery. 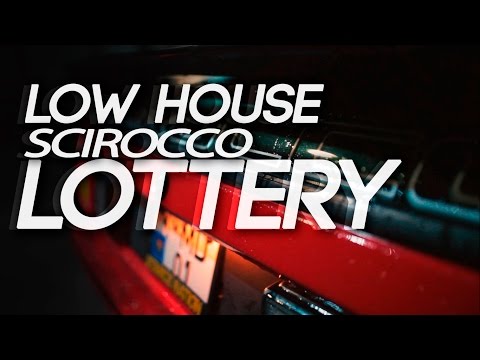