5 Win Toyota’s First Fuel Cell Vehicle, the FCV
Up Next

Mirai Is the Official Name of Toyota’s FCV

Gabriel Brindusescu
At the beginning of this year we found out Toyota registered the “Mirai” trademark and we all believed that’s how the next Supra will be called. But then we thought it’s a more suitable name for the company’s upcoming fuel cell vehicle. And we were right, because boss Toyoda just announced that in a new video.
1 photo
For those who missed our previous articles on the matter, the word “Mirai” means “future” in Japanese and that’s why it has been chosen for Toyota’s new FCV. The company strongly believes hydrogen is the fuel of choice for future transportation.

“We believe that behind the wheel of the Mirai, we can go places we have never been, to a world that is better, in a car that is better,” said Toyota president Akio Toyoda. “For us, this isn’t just another car. This is an opportunity – an opportunity to really make a difference. And making a difference is what Toyota is all about. The future has arrived. And it’s called Mirai.”
What makes it so great?
You should know that the Mirai is after all an electric vehicle, but unlike its close relatives, you don’t have to plug it in to recharge the batteries. The Mirai makes its electricity on board while on the go using a fuel cell.

The fuel cell combines hydrogen stored in two bullet-proof tanks with the oxygen collected from the surrounding air in order to create water and electricity. And because of this, the Mirai will “fell” more like a normal car.

Instead of waiting for hours to recharge the battery, you will simply have to fill up the tanks with hydrogen, which takes about 3 minutes. Then you can go about 300 miles (483 km), just like with your average gasoline powered car.
Is it safe?
Toyota promised the Mirai won’t be a Hindenburg disaster on wheels. The fuel tanks hold up to 70 MPa (10,150 psi / 691 atm) and only a .50 cal bullet can perforate their thick walls. Even so, the gas is said to just flush out without much of a drama.

The company conducted extensive tests with the Mirai, putting it through its paces even in sub-arctic cold weather where it proved to still do its job properly. Toyota said the FCV was tested on track and public roads for 10 years and also passed all crash tests so far.

Add in the fact that whatever the market it is destined for, the Mirai will come with the state-of-the-art Star Safety System and you can say it will be a pretty safe car.

The only things missing from the picture are the hydrogen refueling stations on which the Mirai relies to become a viable option. The car will be introduced on the US market in 2016 and the automaker is currently collaborating with Air Liquide to develop and supply a phased network of 12 stations for New York, New Jersey, Massachusetts, Connecticut and Rhode Island. 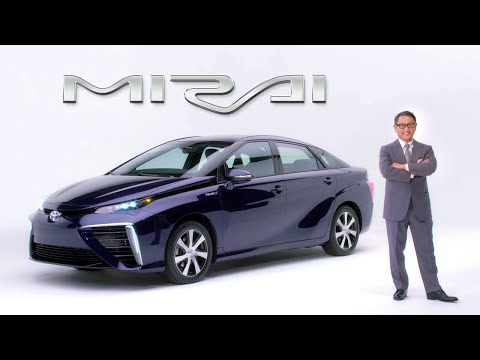