1 Rosberg's Tire Hit a Williams Mechanic in the Pit Lane

2 Mercedes GP Scored Quickest Pit Stops in 2010
Up Next 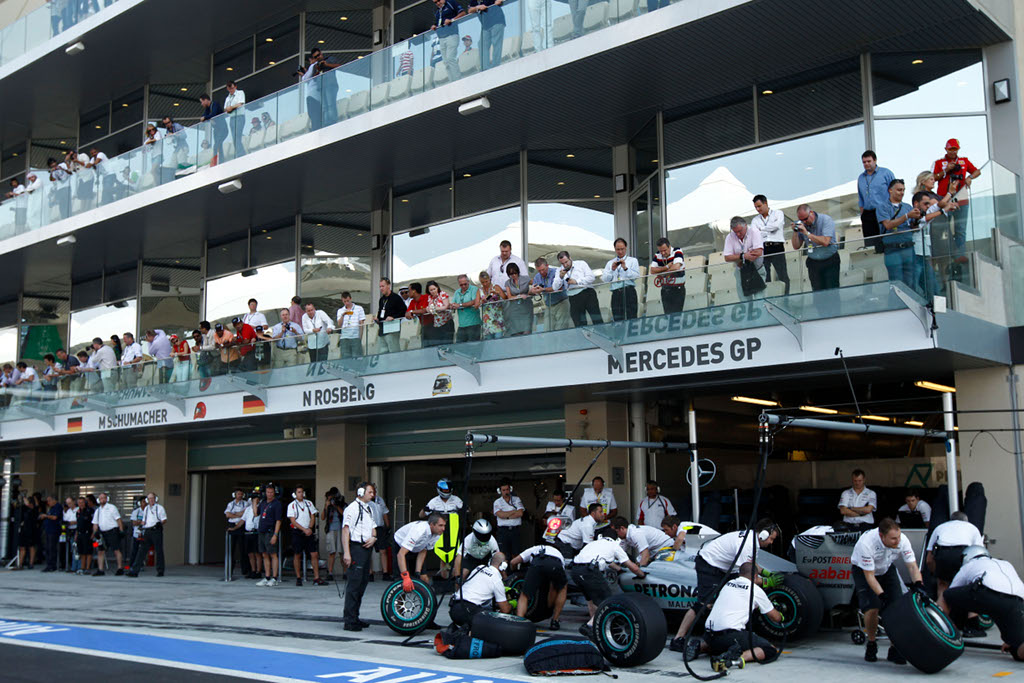 With the refueling ban returning to Formula One for the 2010 season, the focus on the pit stops conducted throughout the recently-ended campaign was put solely on speedy tire changes. Of course, pit stop times only differed by one or two seconds from team to team, almost the same as before, but at one point it reached values of under 3 seconds, as was the case of world champion Sebastian Vettel, at Monza.

At the end of the 2010 campaign, Germany's Auto Motor und Sport conducted an own research effort to find out who was the fastest pit crew of the year. And the title did not go to Red Bull, despite their record-like performance in Italy, but to Mercedes GP.

According to the German publication, it was the Brackley-trained mechanics who managed to get done the tire exchange for Michael Schumacher and Nico Rosberg in the shortest period of time possible, recording such “wins” in no less than 8 races (out of 19): Malaysia, Turkey, Germany, China, Spain, Monaco, Britain and Belgium.

Second in that classification was world champion team Red Bull Racing, whose mechanics managed the quickest pit stop time in 5 races, namely Bahrain, Australia, Hungary, Italy and Abu Dhabi. Finally, the Top 3 was completed by Ferrari, who secured fastest pit stop times in 3 of the 19 races on schedule.

McLaren Mercedes, the British outfit which finished the season in the runner-up spot, scored only one fastest pit stop throughout the 2010 campaign, behind BMW Sauber-Ferrari (fastest mechanics in Korea and Brazil).

Mercedes' pit stop success might have had something to do with its “traffic light” system, implemented in 2010 and which reportedly helped the team cut down pit stop times by as much as half of second. Red Bull's efforts on this chapter, on the other hand, rested on a traditional lollipop man.