1 We Wish You Could See This Mercedes-AMG GT S with Camouflage Wrap, but It’s Camouflaged

5 If Cruella Deville Asks for Her Car, Tell Her It’s Somewhere in Texas
Driven

Vlad Mitrache
Ever since the first movie in the Matrix trilogy was launched, the “bullet time” concept took off massively, and everyone wanted to see themselves frozen up in time from a multitude of angles.
1 photo
It’s a cool trick that’s also pretty easy to achieve, assuming you have access to forty or so DSLR cameras, a green room, professional lighting, and some powerful image processing software. Yeah, it doesn’t look so simple now.

It was a lot simpler for the people commuting at the Shanghai Station, though, as Mercedes-Benz China erected a huge warehouse-like construction there with lots of goodies waiting inside. Among these goodies was a special booth where people were encouraged to mimic Neo from Matrix and do their worst while half a circle worth of digital cameras captured their shenanigans.

Of course, that wasn’t the end of it. Seeing yourself fool around with a green backdrop is nice, but the uniform color had to be there for a reason, right? And it’s the exact same reason why none of the people photographed were wearing green themselves...

With the help of a mobile phone app called C-CHALLENGE, the interactive image obtained could be superimposed on a number of pretty spectacular Mercedes-Benz-themed backdrops.

And that wasn’t all. In a separate booth, people waiting for their train to leave - or for somebody else’s train to come, I don’t know, I guess that’s all people do in train stations - were welcomed by a much darker room. Here, there was only one digital camera, but the resulting images were almost as interesting as those from the previous experiment.

We’ve all heard about “light graffiti” and some may have even tried it: it’s basically a way of drawing using light by moving the source in front of a camera set on a very long exposure time. People played with the idea for hilarious effects that you can see in the video below, right after the Matrix-inspired one. 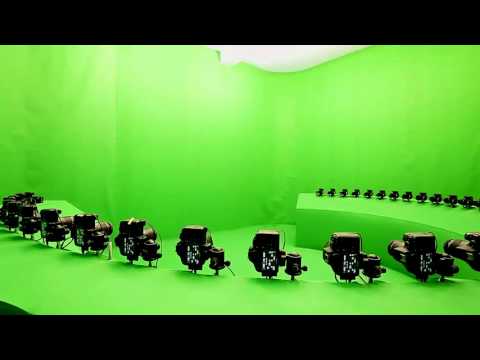 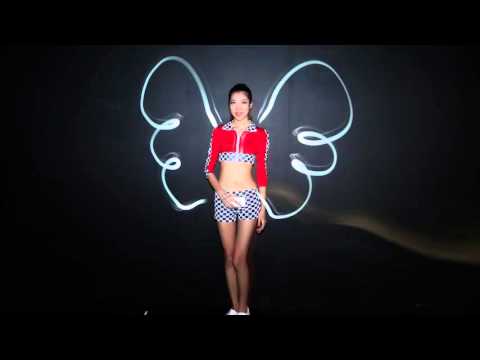