McLaren Linked with Libya Sponsorship in 2010 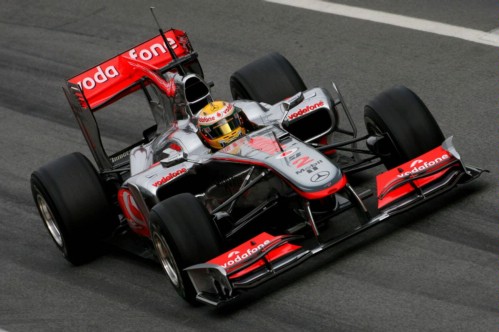 Considering the complex international situation of Libya during the past couple of months, this may not come as a flattering media report for British team McLaren Mercedes. According to Britain's Daily Mail, the Woking based organization was in discussions for a potential sponsorship with Colonel Gaddafi's controversial Libyan regime.

The report doesn't show who initiated the talks, but what is certain is that meeting between McLaren representatives and Gaddafi's son Saif, representing the state-owned tourism board, took place in early 2010. Saif actually visited the Woking headquarters around that period, but negotiations ceased later on due to his lack of interest in a potential partnership.

According to the aforementioned source, McLaren, who at the time had just ended their official partnership with Mercedes-Benz in Formula 1, even prepared an electronic mock-up of an F1 livery for their MP4-25, featuring the slogan “Visit Libya”.

And McLaren doesn't deny the story, as a spokesman for the British squad confirmed discussions with representatives of a Libyan consortium back in 2010, “with a view to discussing a commercial sponsorship.”

This is not Gaddafi's first link to the world of Formula 1, as Saif was also believed to be one of the backers ready to support Jacques Villeneuve's attempt to enter the series with Durango. In addition, Colonel Gaddafi himself is believed to have pondered the idea of hosting an F1 Grand Prix in Libya a few years back.