Mad Max Game Trailer Is Here and It Rocks

When you have people recreating the cars in a movie out of eggplant, when mashups of all kind pop-up all like mushrooms after a rainy day, that’s when you know that film is a blast. It may not be the same thing with the actual Mad Max: Fury Road blockbuster, but the game sure is noteworthy, and what better way to understand that than by watching this trailer?
1 photo
We’re about a week from the official launch of Avalanche Studios’ upcoming vehicular combat, so it’s only natural that Warner Bros. Interactive Entertainment has just unveiled another trailer of the game. They moved quite fast, considering it was initially announced at the 2013 Electronic Entertainment Expo. However, that was not fast enough, since they missed the original release date, which was last year.

Other than that, there aren’t many differences between the feeling you get watching the movie (which was a blast, by the way) and the actual game. It’s set in the same post-apocalyptic wasteland, which features terrains like canyons, caves, and deserts. Its creators, however, claim the game’s story is standalone and was never planned as a tie-in of any of the film in the series. Moreover, inspirations for the game were taken from the Mad Max universe instead of the movies.

Similar to Mad Max: Fury Road, the game puts heavy emphasis on vehicular combat, in which around 60% of the game requires the player to drive their car to fight against enemies. The best part is you can also customize your auto, which could turn up to be quite challenging for some.

Now, the trailer presents some decent bits of action, but we found the spoof a lot more exciting. We’re referring to the go-kart chase filmmaker Devin Supertramp did after Warner Brothers Game commissioned him. Sure, that piece was more like a prank, but it was still quite fun to watch. 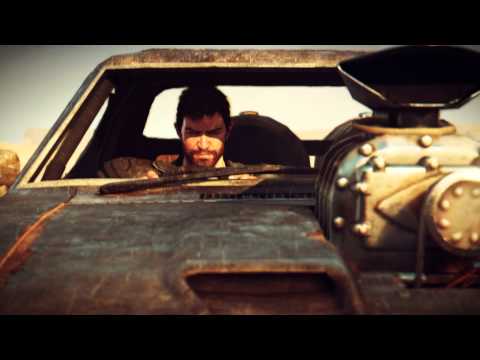