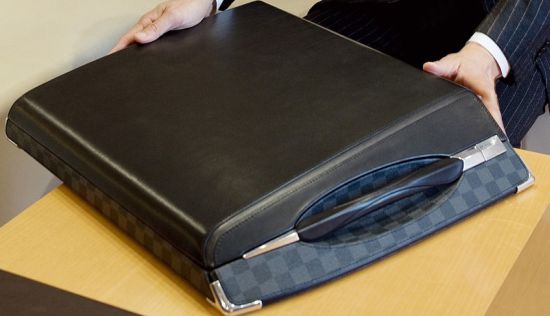 It looks like a popular trend among automakers is to link their name to a luxury fashion designer in order to make their vehicles even more attractive. If Audi announced it would wear Prada, Infiniti concluded a partnership with another famous designer, Louis Vuitton.

A recent article on bornrich.org speaks about the collaboration between the Japanese car maker and the French luxury fashion and leather goods brand. Infiniti has already confirmed the partnership for the inclusion of a set of custom Louis Vuitton luggage in its next concept car which will be presented at the 2009 Geneva Motor Show.

Undoubtedly, the French designer is associated with high quality bags but  designing luggage for automobiles is not a new thing for Louis Vuitton as well. As a matter of fact, it has been designing bespoke luggage for unique vehicles for quite some time already. Although we still have to wait until the 2009 Geneva Motor Show, Infiniti design boss Shiro Nakamura was recently presented with one of the pieces from the luggage set at Louis Vuitton’s store in Roppongi, Tokyo.

We know that the concept car to be showcased by Infiniti at Geneva Auto Show symbolize the celebration of Infiniti and its 20-year history as a creator of performance cars, but so far it is not known whether the Louis Vuitton luggage is included in the price of the vehicle or it comes as an option for which you have to pay extra. However, the last variant is the most likely to happen.

Assuming the 2009 Geneva Auto Show is only the beginning, this could lead to a long and fruitful partnership between Infiniti and Louis Vuitton.