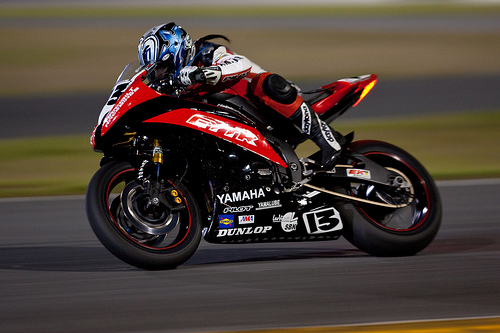 Looks like the fastest woman on track, as media calls her, found herself a new sponsor to join the Genuine Yamaha Technology Racing (GYTR). LeoVince, the motorcycle exhausts manufacturer who is now title sponsor sponsor of Melissa Paris, is also supporting three teams competing in the World Superbike series.

“We are excited to add Melissa to the group of woman riders that we support, including Elena Meyers who is currently tearing it up in the WERA roadracing series,” says Tim Calhoun, Executive VP of LeoVince USA.

Melissa Paris finished 21st at the 2009 Daytona 200 (highest finish ever by a woman) riding a Yamaha R6. Paris cut her way through the World Supersport event at Miller Motorsports Park on May 31, which will be the first time a woman has ever competed at a World Supersport race. 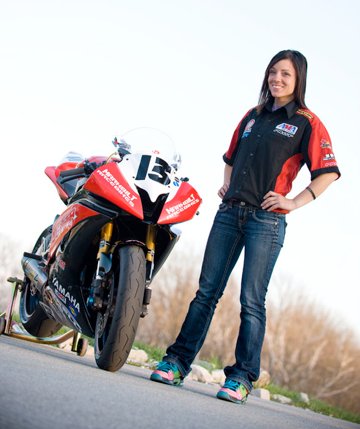 “Miller is one of my favorite tracks and the opportunity to race the World Supersport race there was too good to pass up. We are going to do out best. It's not a factory effort but with the help of LeoVince, GYTR and the rest of my sponsors, I am confident Mark Rozema at Markbilt Racebikes will prepare a great ride for me. I am really looking forward to it,” says Melissa.

Melissa Paris entered her first race in 2004, less than an year after she first throw her leg over a motorcycle. She raced at Streets of Willow Springs, on nothing other than a CBR600RR. By the end of the season she achieved the expert status, but taking the advice of some more experienced friends, she switched to the 125GP class.

Riding a 1998 Aprilia RS125 bike, she secured her first win at Roebling Road in 2006. That was the start of a promising racing career...