5 Next Hot Kia cee'd to Use Turbocharged 1.6-liter GDI Engine
Up Next

Kia to Take on European Manufacturers With New Rio 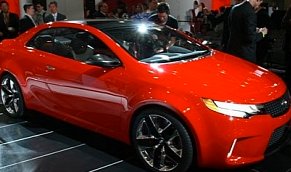 Kia has confirmed that by launching its new model Kia Rio in South Korea they were targeting European makers rather than American ones, as they strive to build on the company’s phenomenal growth over the last few years.

Sales figures for the new Rio are bullish, with a company insider insisting on a 20,000 car figure a year in the UK is a target in the mid term, meaning a huge boost to its current figure of around 6,000 cars.

Kia is passing trough an amazing period of success, seeing sales rise 27 percent globally in 2010 to nearly 2.1 million. The Korean manufacturer has decided on becoming a world leader in making economically minded cars as the key to its global expansion.The Kia Rio comes in a new version called Eco Dynamics that will be powered by a 1.1-litre three-cylinder diesel engine, and will be much lighter than the standard car, helping it to post class-leading economy and emissions figures of 88 mpg UK and just 85 g/km of CO2.

But unlike cars from other manufacturers, the new Rio is not coming with a single technology option. According to autoexpress.co.uk, Soon-Nam Lee, the director of overseas marketing said the company is "exploring all options.” Kia is considering more the option of alternative fuels and technologies. Taking into account the fact that an all-electric compact utility vehicle possibly based on the next generation Soul will follow in 2014, while fuel cell technology could be in use by 2015. A plug-in hybrid is also thought to be under development.